Posted at 15:44h in Museum by fmmadmin

Throughout each year, FMM attracts a steady stream of interesting local and overseas personalities, all fascinated by the scope of the museum’s world-class collection of vehicles. Following in the wake of Riaan Cruywagen and Ken Stewart, the latest celebrities to visit the museum were John and Susie Dunbar.

John and Susie are close friends of South African racing legend Eddie Keizan and were on holiday from the UK. Eddie advised them to call in at FMM while in Cape Town and the pair were certainly not disappointed. Susie was the PA to race driver and constructor Bruce McLaren when Bruce McLaren Motor Racing was formed in 1963, and went on to great success in both Formula One and CanAm. Among the numerous reminisces made public at the time of the team’s 50th anniversary reunion, colleague Richard West recalled that Susie used to go to work in hot pants! Following the death in January of the McLaren F1 team co-founder Tyler Alexander, Susie says sadly that all of the original team that she once worked with have now passed away.

While Susie was busy with race team activity, John was out on circuit taking shots of the action. John grew up in the motor racing photography business with the renowned monthly magazine Motor Sport and its sister weekly newspaper Motoring News. In the 1970s he went freelance and formed Zooom Photographic with two other lensmen and they covered F1, F2, F5000, sports car and touring car racing from 1976 to 1997. Their collective work, which contains many high-quality creative images, now forms part of The GP Library. MM 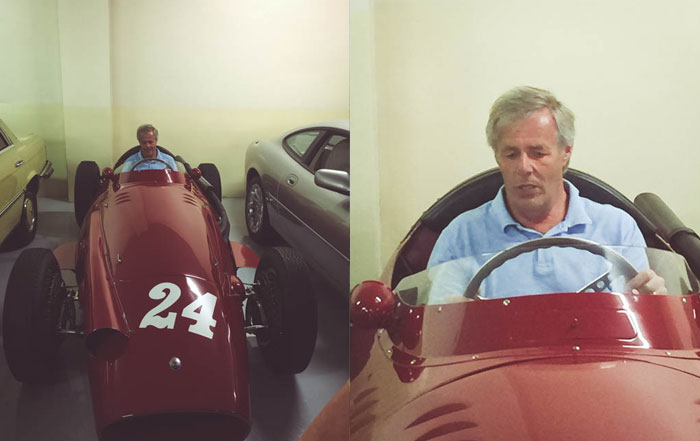