The run of successful CHEVRON racing cars began in England in 1965 with a maiden victory for company founder Derek Bennett’s B1 Formula Junior single-seater. Cars designed for various other formulae followed including the B25, which was built in the late 1960s to international Formula Two specification.

This car is fitted with Ford’s Cortina-based, Cosworth-developed 1,8-litre FVC engine, which features 16 valves operated by twin overhead-camshafts driven by a train of nine gears. With mechanical fuel injection, it produced 205 kilowatts at 9000 revs per minute and was mated with a Hewland five-speed gearbox. The B25’s top speed was 245 kilometres per hour.

B25 chassis number three was purchased new by the South African Rembrandt Group and was one of three similar cars used by Team Gunston in local racing driven by Ian Scheckter, John Love, Roy Klomfass and Guy Tunmer. Team Gunston was the first team in the world to race with sponsor’s livery on its cars.

245 km/h, depending on ratio selection 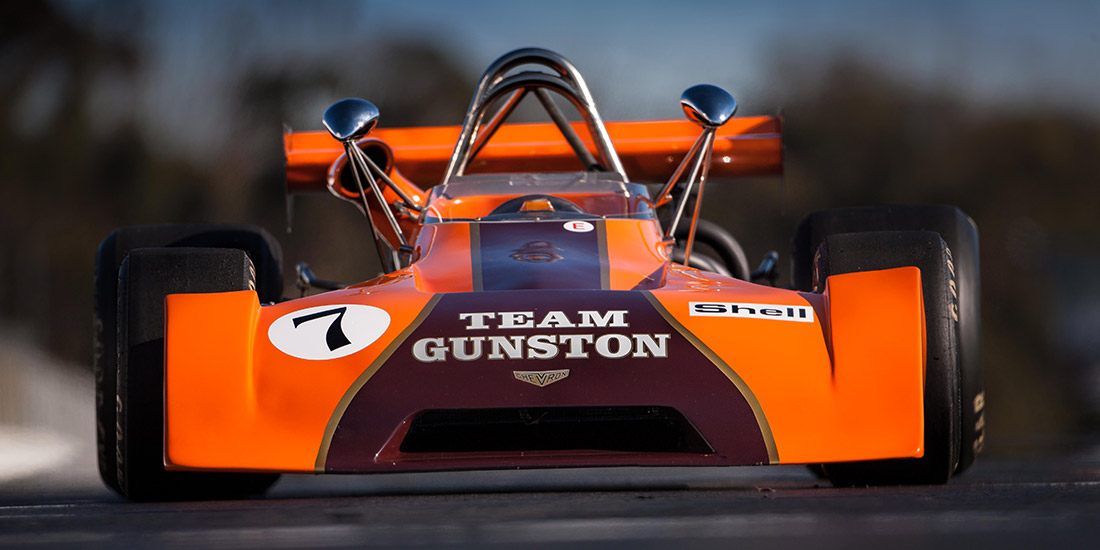