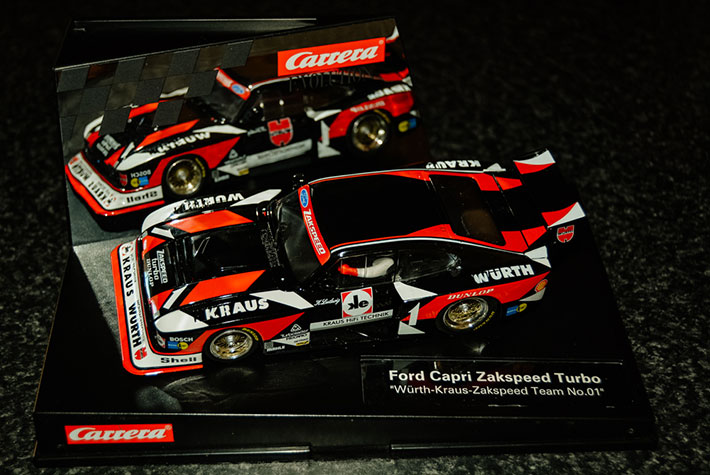 Posted at 10:43h in Events by fmmadmin

At the April meeting of the FMM Slot Car Championship season, Jon Lederle took the honours in the Formula Carrera class with Audi RS5 DTM ahead of Thys Roux with his Mercedes AMG GT3. Mike Monk was third with his Ford Zakspeed Capri while Martin Lourens clocked the fastest lap of the class on his way to fourth place with his Mercedes AMG GT3. This Carrera slot car-based formula is proving to be highly competitive where preparation and concentration are key to achieving consistently quick lap times. After three rounds, Jon and Thys share the log lead with 34 points each, followed by Jackie van Wyk (Audi RS5 DTM) on 31 then Tertius van Wyk (Porsche 911 RSR), Mark Venske (BMW M4 DTM) and Phil Monk (Audi RS5 DTM) next up with 30 points apiece.

In the Formula FMM category, which is for non-magnetised cars, Jon Lederle capped a good night’s racing by covering 50 laps to finish first with his Porsche 908. Jackie van Wyk was second on 49 laps with his Alfa Romeo Tipo 33 and Mike Monk put in the fastest lap of the class on the way to finishing third on 48 laps with his Mercedes CLK DTM. Just four laps covered the top five finishers. After two rounds, Jackie leads the log with 19 points, followed by Andre Loedolff (Porsche 956) with 14 and Jon with 11.

On April 24, nine members of the FMM team went to Killarney Raceway clubhouse to take part in the inaugural slot car club meeting at the Cape’s famous motor sporting venue. The two-lane track is the initiative of classic saloon-car racer Jonathan Gunn and replicates the Killarney circuit, and it proved to be as challenging as the real raceway. After a series of friendly challenges, Thys Roux recorded the most laps in the 2×3-minute heats with his Maserati Trofeo, with Mike Monk’s Ford Mustang second and Jonathan’s Gulf Porsche third. 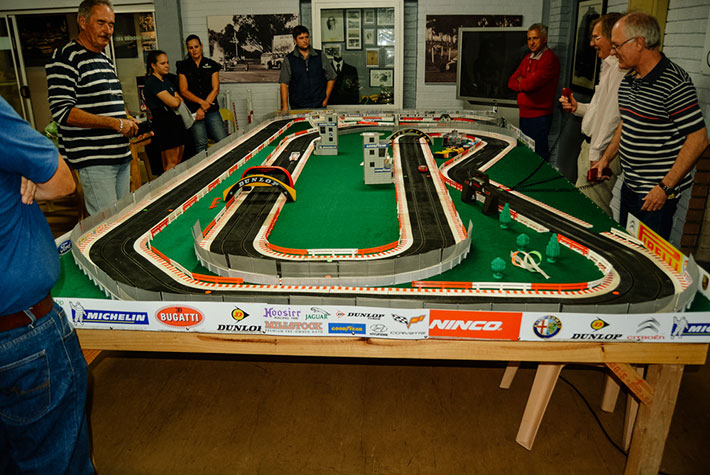 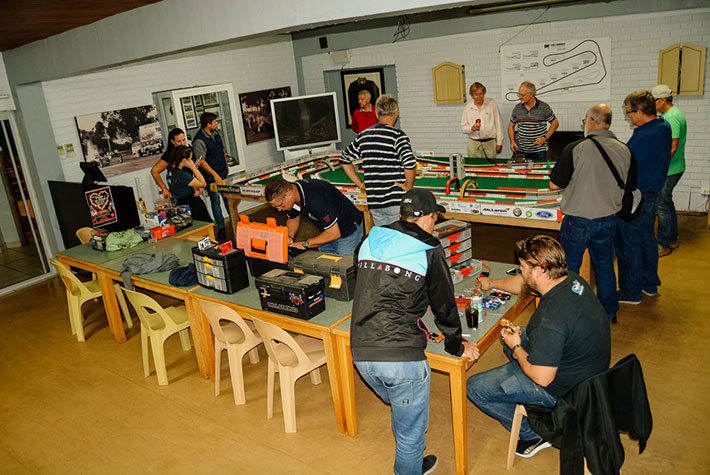