Posted at 20:25h in Events by fmmadmin

An extremely rare 1958 Pontiac Bonneville coupe was adjudged Best Overall Car on Display at the 2019 Knysna Motor Show, organised by the Garden Route Motor Club and held at the Knysna High School Sports Fields on April 28. “I have rarely seen a car with this level of originality,” said chief judge Wayne Harley, Curator of the Franschhoek Motor Museum. “Even the original labels, wire-fixed to hydraulic hoses, were present.” Fellow judge Stuart Grant, Editor of Classic Car Magazine, concurred, remarking on the Bonneville’s very high level of specification in a 1950s American car, including silver flecks in the original carpet, power windows and air-conditioning, cruise control and fuel injection. 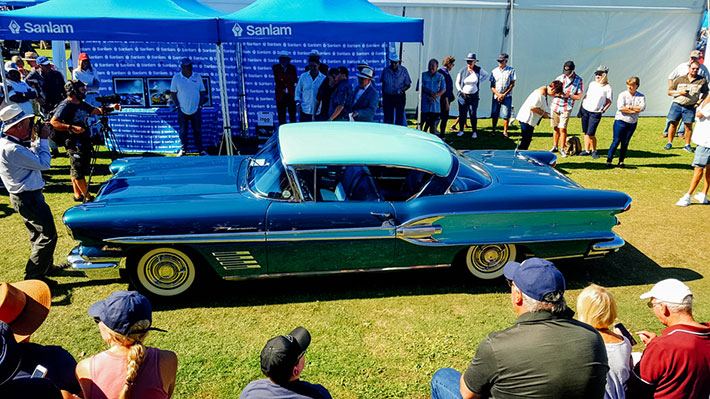 The Best Old Car Trophy was a hugely popular choice, with John White manhandling the 1928 Bentley 4½-litre into position in front of the podium. The 91-year-old Bentley was one of over 20 classic Bentleys that celebrated 100 years of the famous British marque at this year’s show. The trophy for Best Classic Car went to a 1957 Mercedes-Benz 300 SL owned by Rick Garret and shown by Andre du Toit, one of five SLs that gathered in Knysna.

The Motorcycle Room Trophy produced a somewhat surprising winner in the form of the unusual customised modern BMW 1200 RS adventure bike, built to a level of showroom excellence by Wilderness custom bike builder Corrie Venter. This award was judged by visitors to this year’s show. The Piet Mass Trophy exhibitors’ award adjudged by fellow competitors went to the little-known Sherco 300 trials bike customised with a World War Two theme by Knysna’s Gavin Venter. 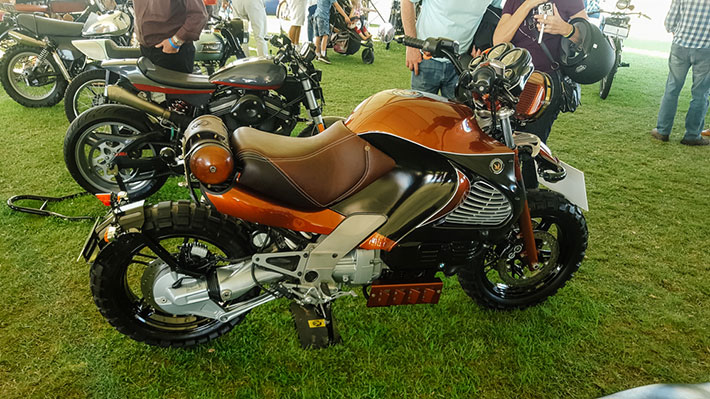 Other impressive gatherings at the show included an excellent display of Morgans celebrating the marque’s 110th birthday, and a selection of pristine original Mini derivatives. The pre-1945 category was well supported with makes such as Ford Model T, Singer, Ford Model A, Packard and the tiny 1926 Austin Chummy. The level of originality of these cars was particularly impressive paying tribute to the show’s philosophy of keeping display cars on an ‘invitation-only’ basis. “We had some extremely rare supercars this year which appealed to the younger enthusiasts,” said chief show organiser Peter Pretorius. Bentley SA supported the centenary of the marque with a display of a modern Bentayga SUV, a Continental GT and a magnificent Mulsanne saloon. 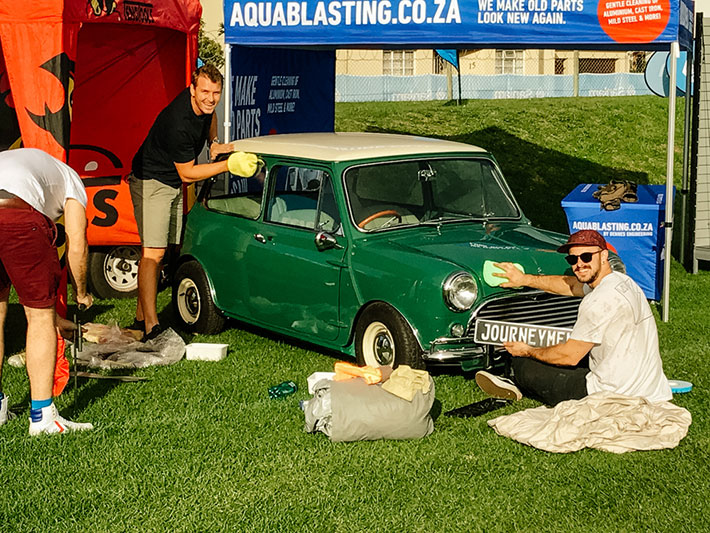 Peter Lindenberg once again displayed his range of modern high-performance Mustangs and was overwhelmed with customers for his performance enhancements. “I have been supporting this show for a number of years and this was unbelievable, the amount of serious business that we did at this year’s show,” said Peter.

Well-known local collector and restorer Brian Bruce displayed a completely different selection of cars this year, with the emphasis on ‘passion for the restoration process’. Brian has formed a team of hitherto inexperienced restorers from the Knysna area to embark on this new journey with him, and the cars displayed in the Parnell Bruce tent varied from rarities such as a pristine Tickford Healey sports car to Chevrolet phaetons from the late-1920s and early-1930s.

“The amount of passion, dedication and attention to detail that is lavished on these fine old classic cars is what has really impressed me,” said Carl Roothman, the CEO of Sanlam Private Wealth, the headline sponsor of the Knysna Motor Show.

“Once again I would like to thank the public of the Garden Route, which again supported us in this event as well as all the visitors from afar afield as Johannesburg, Cape Town, Eastern Cape and KZN that made the trip to Knysna for our eighth show,” said Pretorius.