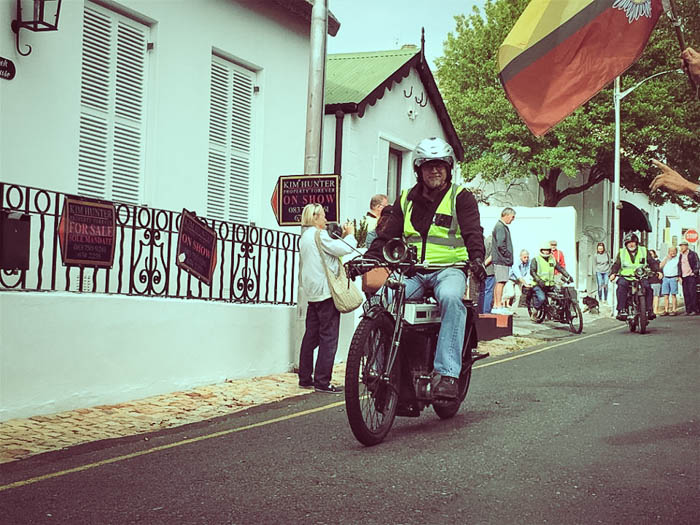 Posted at 15:10h in Motorcycle by fmmadmin

Better known for its car collection, FMM also has an eclectic mix of motorcycles that are routinely brought out and put on view to complement the four-wheeler displays. Being an all-round motor nut, curator Wayne Harley regularly exercises some of the machines and early in February took the opportunity to take part in the Crankhandle Club’s Kalk Bay Veteran Run riding a 1917 Triumph Model H. Also known as the Type H and The Trusty, a total of 57 000 Model H’s were made from 1915 until production ended in 1923.

With sunny skies all the way, the route ran from the club’s Headquarters in Wynberg along the peninsula to the finish in Simon’s Town where lunch was taken. Every vehicle that took part was 100 years old or more. The Triumph never missed a beat and ran in convoy with the other two motorcycles that took part, a 1914 New Hudson ridden by Brian Wallace (who had assisted Wayne in preparing the Triumph) and a 1914 Douglas with Adrian Denness in the saddle. Along with all the other competitors, Wayne thoroughly enjoyed the experience and was kept busy answering questions from the big crowd at the finish where plenty of photographs were taken. A satisfying event all round.

Wayne will also be taking part in the 104th Durban to Johannesburg Motorcycle Rally – the DJ Run – on 10-11 March riding the late Ian Brodie’s 1934 Triumph 350 3/1 sponsored by Marius Malherbe. The 700 km reliability and regularity trial runs from Hillcrest to an overnight stop in Newcastle then on to the finish in Germiston. MM 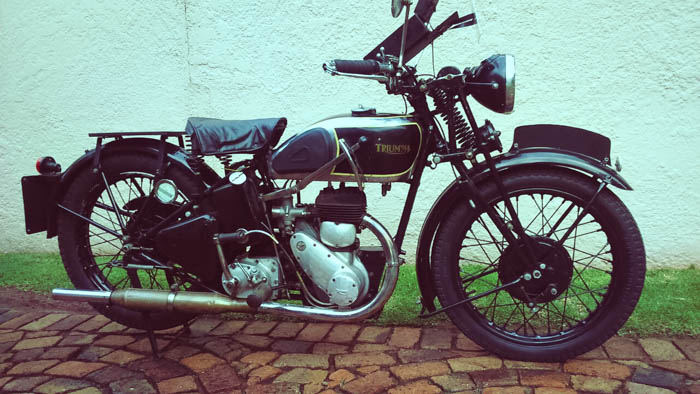