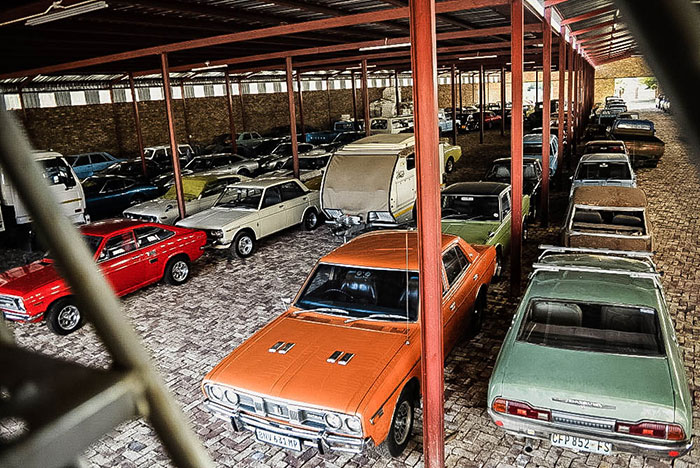 Posted at 12:41h in Media by fmmadmin

As Datsun celebrates the fifth anniversary of its return to SA, the Datsun Heritage Museum has just been opened in Bothaville in the Free State. Owned by car enthusiast Freek de Kock, the museum has a collection of 118 Datsun and Nissan vehicles including a 240Z, a 1600 SSS, a 1971 first-generation Nissan Skyline GT-R coupe together with five other GT-Rs including an R35, the 1970 Nissan President V8 limousine that was owned by the late Mozambican President Samora Machel, a Pulsar, 1200 GX, Laurel and many others. Most of the cars are in working order and those that aren’t are being progressively restored in Freek’s workshop.

While the collection doesn’t operate as an official museum, it’s open by appointment to anyone who would like to view the vehicles.