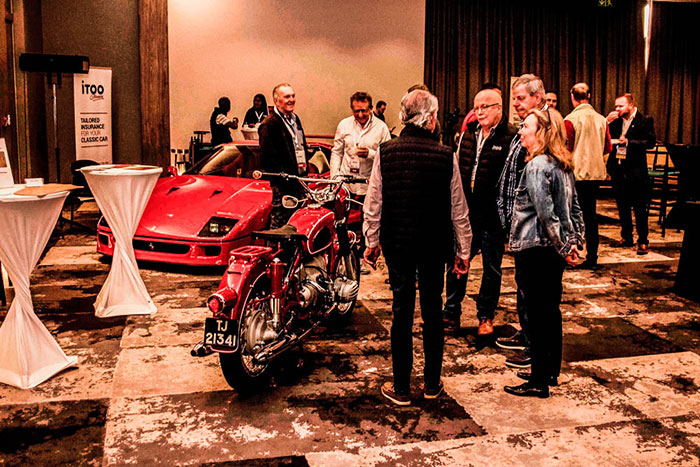 Posted at 15:14h in Events by fmmadmin

The second annual Historic Automobile Group International (HAGI) Value in the Classic Car Market (VCCM) Conference was held in September at The Capital On The Park Hotel in Sandton, at which a number of interesting points were presented and debated. The focus of the conference was accented on the economic benefits of owning a classic car as a valuable, fast-appreciating asset. Organiser Tommy Roes, emphasised a key focus of VCCM is value, and value drivers in the local context, which is a much broader conversation. “Attendees are bound by their love for old and collectable cars that goes far beyond mere monetary value. We try to create a balance by addressing various aspects that influence value in a South African setting. Restoration, maintenance, storage, insurance, import/export and related subjects all play a major role in the financial aspect which cannot be ignored,” says Roes.

“Integrity is the most important single aspect of buying a classic car,” said Brian Bruce, one of the keynote speakers. “Classic or vintage cars can generally be described as artefacts, rare objects from the past that are hand-made. And in the acquisition of these artefacts, the process we follow needs to be rigorous,” said Brian, custodian of one of the major classic car collections in the Southern Cape. He mentioned the oft-repeated saying in classic car circles, “that we are mere custodians of these artefacts”. But he pointed out that in a changing world, enthusiasts would have to accept that certain classics would inevitably be modified and updated with modern mechanical elements. “We refer to this process as repurposing, and it is gaining increasing popularity in countries like America. It enables younger people to drive a classic with all the design beauty of the original, but with the reliability of a modern car. But once a car has been modified, you cannot re-install integrity back into a car.”

He explained that he was always leery of buying a car that was purportedly ‘restored’, revealing that two close associates had extensive restorations on their classic British sports cars undertaken, and were then forced to have all the work redone, after the initial poor restorations totalled in excess of R1-million.

Classic Car Africa editor Stuart Grant opined that social media has played a big role in certain modest classic cars appreciating massively in a short space of time, citing examples of VW Kombis, Alfa GT Juniors and VW Beetles that have been the subject of massive social media exposure and corresponding huge price rises in the past three years.

Gordon Massie, Managing Director of ITOO Artinsure, a company that specialises in insuring all manner of collectables, discussed ‘synaesthesia’ – the almost intangible sensory attraction of collectable assets – and how this should be addressed when it comes to insuring such assets including the appreciating nature of rare, collectable motor car. 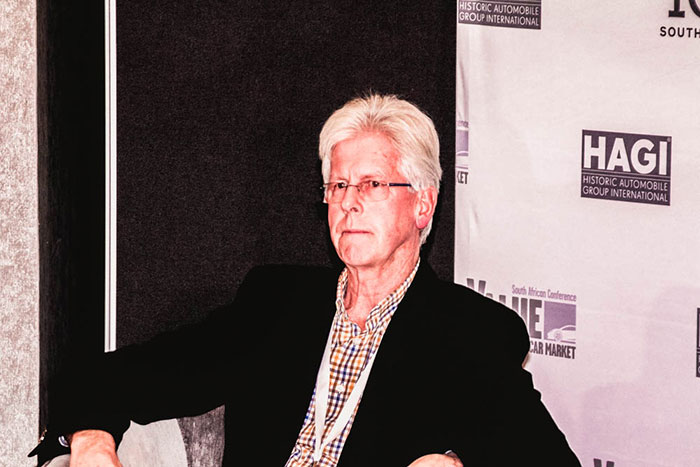