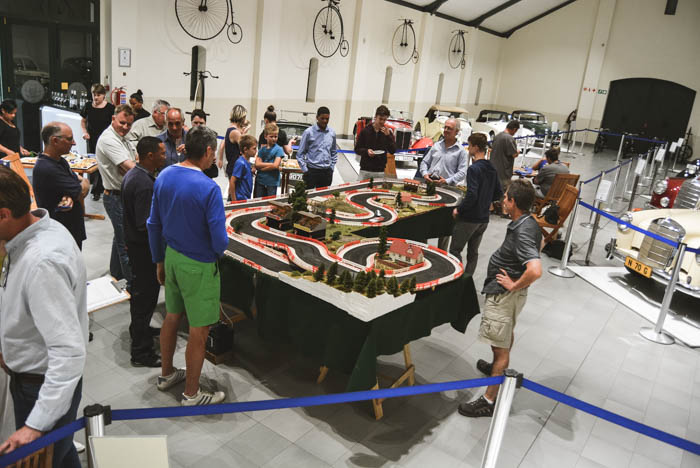 Posted at 06:38h in Events by fmmadmin

On Wednesday 8 November, the final round of FMM’s inaugural Slot Car Championship took place and a record turn-out of 16 drivers arrived to challenge for top honours. In the magnet car class, competition was particularly fierce throughout the night’s racing but in the end, Jon Lederle with a 1969 Ford Mustang emerged the victor ahead of Thys Roux’s Maserati. Both completed 71 laps over the 2×3-minute heats but Jon edged the win by recording the fastest lap. Third on 70 laps was Donny Tarentaal with his Audi RS5. Jon beat Thys in the Top Two Shootout to score maximum points, which took him to the top of the championship log by one point over Mike Monk and Wayne Harley. 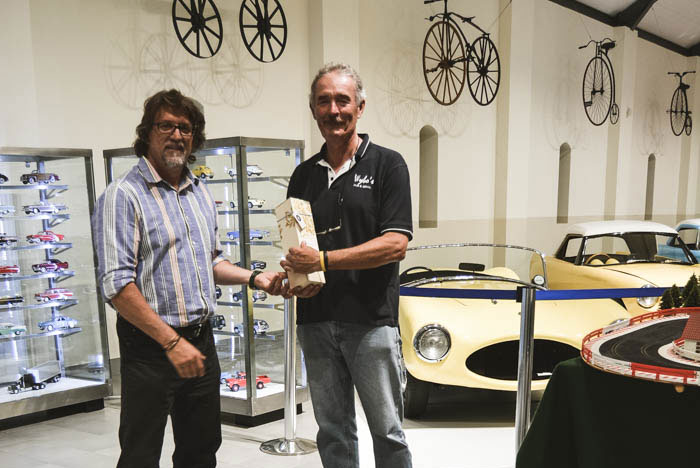 From left to right: Wayne Harley and Jon Lederle

In the non-magnet class, Jon has been dominant in all the rounds and finished off the championship by taking another win with his Honda NSX, this time over Justin Brink’s BMW M1. Justin turned the tables on Jon in the Top Two Shootout but Jon’s points haul gave him a second championship title. Jon was awarded an exclusive bottle of Anthonij Rupert wine for each of the championships, while a bottle of Protea wine was also presented to Thys Roux, Justin Brink and Marius Brink for their performances during the season.

The FMM championship will resume in February 2018 and plans are afoot to increase the number of race lanes on the track and introduce some different categories (eg sports cars, touring cars, single-seaters) in both of the classes.