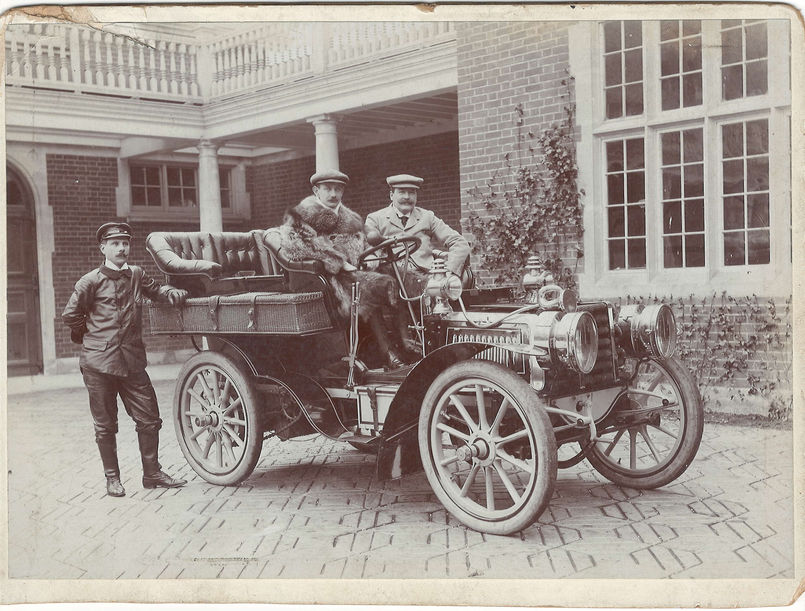 Wendy Monk picks out some interesting historic items from FMM’s photo archives. This month it is a mystery photo. Can anyone identify the car, please?

Judging by the writing on the back of the photo, this request may have been published some years ago but no answers were found. In any event, the location and the date are unknown, but we do know the driver is Sir George Albu, 1st Baronet, who was a mining magnate in the diamond and gold industries of South Africa. Albu was born in Brandenburg, Germany in 1857 and emigrated to SA with his brother in 1876. Albu became an assistant at the haberdashery counter in Stuttafords, Cape Town before moving to the Kimberley diamond fields where he accumulated financial interests. He later sold out to De Beers at a substantial profit, before settling on the Witwatersrand and becoming a naturalised Transvaal citizen in 1887. The brothers Albu purchased the ailing Meyer and Charlton Mine, restructured it, and in 1895 established General Mining and Finance Corporation, which became part of Gencor in 1980. Naturalised as a UK citizen in 1911, George was created 1st Baronet Albu of Johannesburg on 12 February 1912. Sir George died in Johannesburg in 1935.

As an aside, George’s wife Gertrude Frederike Alice Rosendorff was also a keen early motorist, and was photographed driving a CGV in London in1905. CGV was a French manufacturer established in 1901 by three partners – Fernand Charron, Léonce Girardot and Emile Voigt – but the cars were all called Charron from 1907. The company folded in 1930. 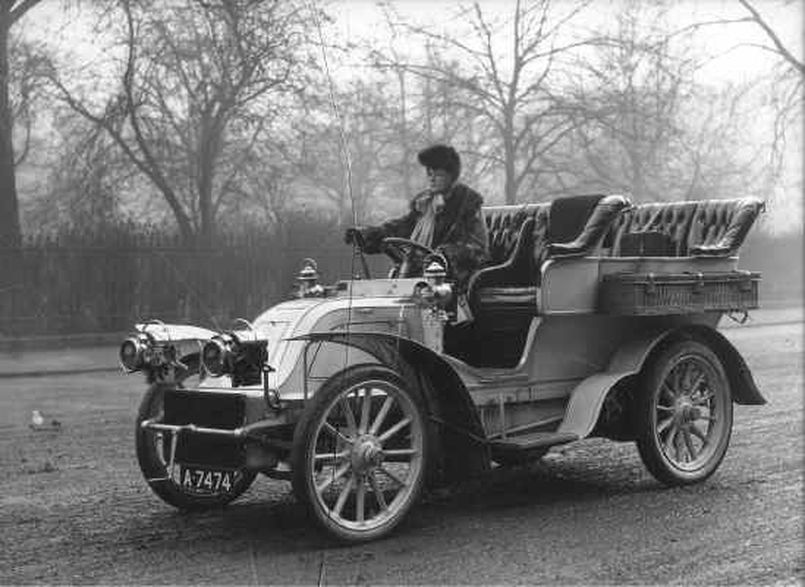