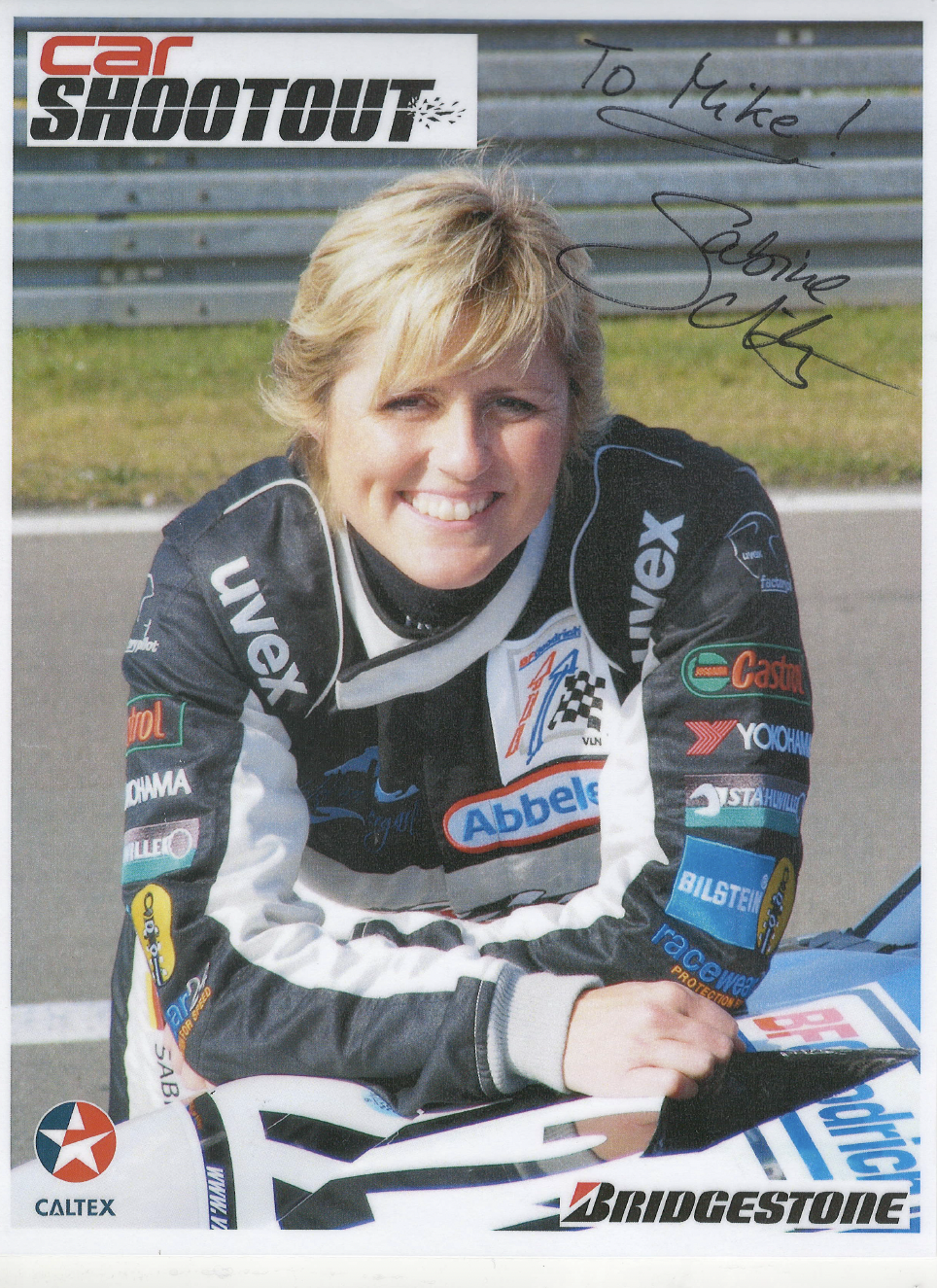 Posted at 12:26h in Museum by fmmadmin

Sabine Schmitz, Queen of the Nürburgring, professional race driver, Top Gear presenter and universally regarded as one of life’s great individuals, passed away on March 16 after a long battle with cancer. She was 51. The vast number of tributes paid to her memory from around the world highlights her charismatic personality, which I can readily endorse.

In late 2010 while I was Senior Associate Editor at CAR, the magazine engaged Sabine to be the guest driver for the annual Performance Car Shootout set to appear in the January 2011 issue. Apart from each editor’s evaluation of the cars, Sabine was brought in to drive the cars at Zwartkops and give her opinions. One of the cars to which I was assigned was a Chevrolet Corvette Z06. Around the challenging circuit, both the car and Sabine proved to be immense fun. Sitting alongside, listening to her commentary and enjoying the experience as she powered the Z06 around the track, our first session nevertheless proved frustrating. Without the benefit of a handbook, we had not managed to completely dial-out the car’s two-stage ESP system. “This car’s castrated,” was Sabine’s comment before the first lap was over. We completed the session but were dissatisfied, so played around with the electronics until finally we found the full lock-out mode. Back to the track, and I was not about to complain…

This time Sabine really got into the spirit of the car, steering as much with the accelerator as she was with the wheel – “I love drifting” – each slip and slide bringing on a burst of laughter from us both. “Love the seven-litre engine. Everything is perfect, brakes are really good, nothing to complain about. Every lap was the same. I had fun!” were her immediate post-run comments. In the post-shootout wrap-up, Sabine always mentioned the Corvette and rated the car third out of the demon dozen cars that were tested.

For sure, it was a memorable occasion, for me now made even more poignant with her passing. And the very Corvette we shared is now part of the FMM collection and is currently on display in Hall D. 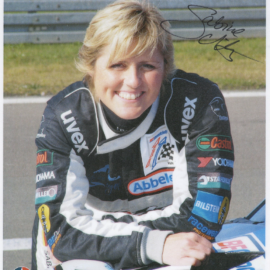 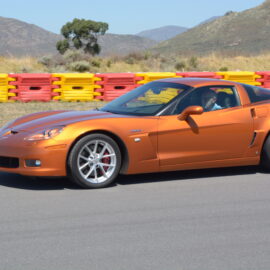