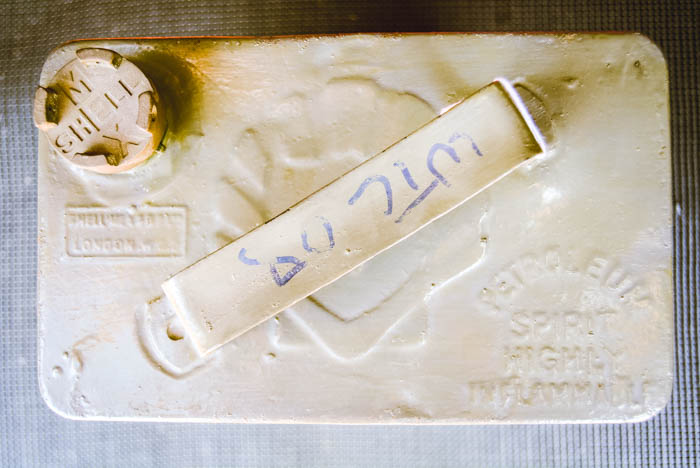 20 Jan Memorabilia and artefacts at FMM

Posted at 05:50h in Museum by fmmadmin

The first in a new series of articles by Assistant Curator Cheslynne Ruiters in which he takes a look at the stories behind some of items in FMM’s collection of memorabilia and artefacts. A Shell-Mex BP petrol can starts us off…

The Royal Dutch Petroleum Company was founded in 1890 to develop an oil field in Pangkalan Brandan, North Sumatra. The Shell Transport and Trading Company was a British company founded in 1897 by Marcus Samuel, 1st Viscount Bearsted, and his brother Samuel Samuel. Their father owned an antique company in Houndsditch, London that expanded in 1833 to import and sell sea shells, after which the company Shell took its name. The Royal Dutch Shell Group was created in February 1907, formed through the union of the Royal Dutch Petroleum Company and the Shell Transport and Trading Company. In 1919, Shell took control of the Mexican Eagle Petroleum Company and in 1921 formed Shell-Mex Limited, which marketed products under the Shell and Eagle brands in the United Kingdom. Shell’s logo, known as the ‘pecten’, is one of the most familiar commercial symbols in the world.

BP’s origins date back to the founding of the Anglo-Persian Oil Company in 1908, established as a subsidiary of the Burmah Oil Company to exploit oil discoveries in Iran. The company expanded beyond the Middle East to Alaska and was one of the first companies to strike oil in the North Sea.

In 1932 the two companies Royal Dutch Shell (Shell) and British Petroleum (BP) decided to merge their United Kingdom marketing operations, partly in response to the difficult economic conditions of the times. The two formed as Shell-Mex and BP Ltd with headquarters at Shell-Mex House in Strand, London. However, Shell-Mex and BP separated in 1975 and the Shell-Mex House became the head office of Shell UK Ltd.

Incidentally, famous industrial designer Raymond Loewy was responsible for BP’s classic shield logo introduced in 1979. He also created the Shell logo, Greyhound Scenicruiser bus, Coca-Cola vending machines, and the Studebaker Avanti and Champion. The shield underwent a minor overhaul in 1989 when a lighter colouring was adopted to help give the corporate image a ‘greener’ look, and a yellow border added. The shield logo was used by the company until 2000. 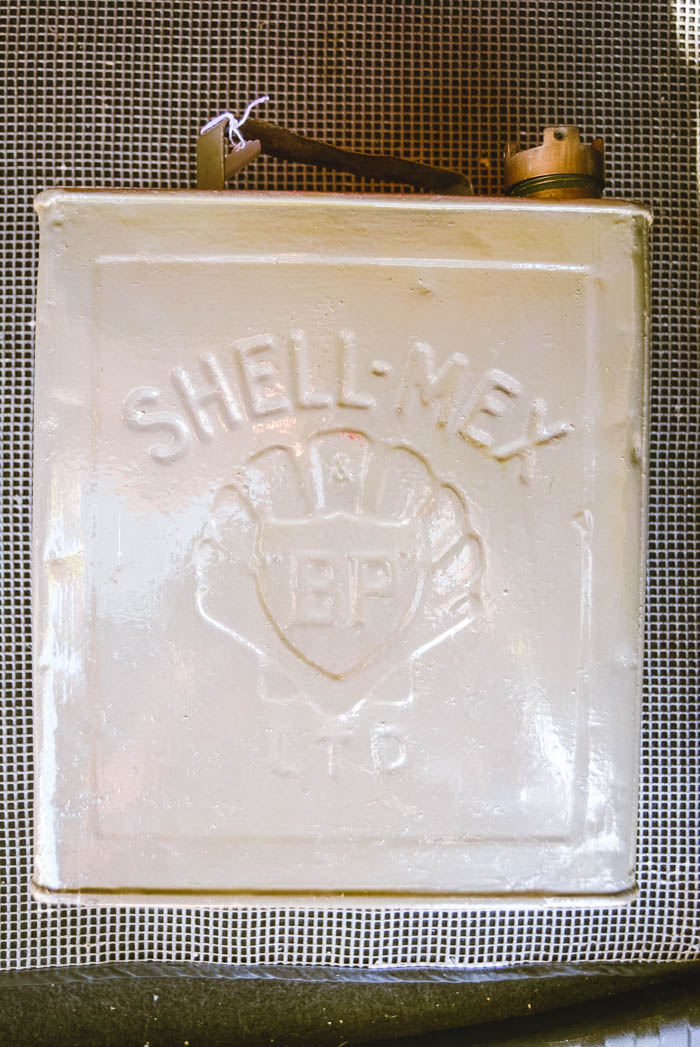