Posted at 15:30h in Events by fmmadmin

The third round of the half-year FMM Slot Car Championship took place in September and a record-equalling 40 cars were entered for the two championship categories. Twenty cars took part in the Touring Car category and in a night of mechanical upsets, Mike Monk’s Ford Zakspeed Capri emerged the winner by a mere 0,02 seconds from Tertius van Wyk’s Porsche 911 GTC, with Marius Brink’s Holden Torana third, three laps behind. Albie Venter recorded the fastest lap with his Porsche (934) 911. After finishing fourth, Mark Venske (Lamborghini Huracan) leads the championship. The Sports Car category saw Jackie van Wyk dominate with his Porsche 917, setting fastest lap in the process, and with a maximum score now comfortably leads the championship. Pieter Venter was second with his Porsche 918, three laps down.

Race meetings are held in the evening of on the first Wednesday of each month. 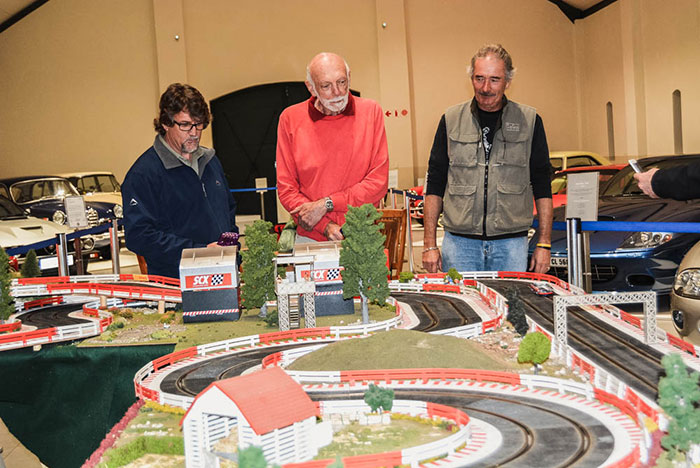