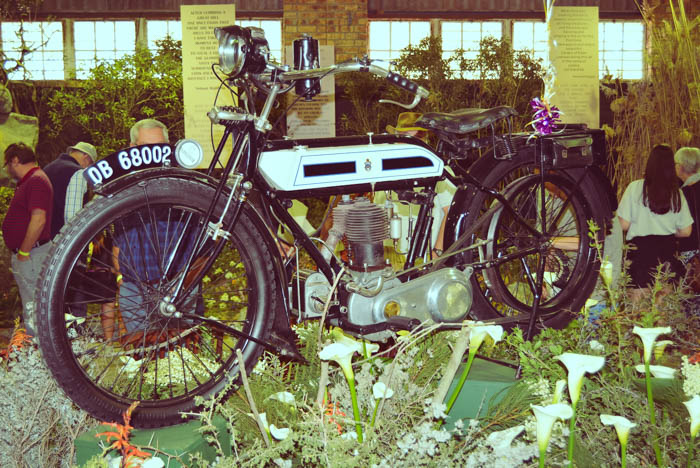 Posted at 06:19h in Events, Motorcycle by fmmadmin

This year the annual Darling Wildflower Show celebrated its centenary and FMM supported the event by providing a 1917 Triumph Model H that was displayed in the centre of the main hall. Placed on a flower bedecked-stand, the motorcycle stood proud, elegantly twinning its age with that of the show’s existence. Darling is home to the world’s longest-running wildflower show and is an integral part of the Cape Floral Kingdom, which is recognised as one of the world’s six plant kingdoms. At close to 90 000 square kilometres, the southern/south-western Cape kingdom is the smallest yet boasts some 8 600 plant species of which around 5 000 occur nowhere else in the world.

Despite the drought conditions there was a wonderful display of landscaped flowers set against a backdrop of quotations from selected South African poets and supplemented by a number of information booths. In addition, showgoers were able to meander in the warm spring sunshine through a wide variety of craft and refreshment stalls to the accompaniment of live music. Plenty of entertainment was provided for young and old alike including tractor rides into the adjacent private nature reserve to view the flowers ‘in action’.

Bicycle manufacturer New Triumph Co. Ltd. was founded in 1887 by two German immigrants, Siegfried Bettmann and Moritz Schulte and a year later began making motorcycles in Coventry, England, utilising Minerva-based engines. Subsequently, JAP and Fafnir engines were also used, but by 1905 Triumph was building motorcycles based entirely on its own designs.  Also known as “The Trusty”, the Model H is powered by an air-cooled 3 kW 549 cm3 single-cylinder engine linked to a three-speed gearbox, and was the first Triumph not to be fitted with pedals. Drive to the rear wheel was by V-belt. Engine differences from the previous Model A included a single cam wheel with two cams replacing separate cam wheels for the inlet and exhaust valves, and a new design of cylinder casting. Valve head diameter was enlarged and the valves were spaced further apart. The Model H was fitted with a Sturmey-Archer three-speed countershaft gearbox operated by a hand gear change lever. The Triumph proved reliable in wartime conditions, despite a weakness in the front fork spring, which was prone to break on rough ground, so despatch riders would strap a leather belt around it as a precaution. More than 30 000 Model H motorcycles had been produced by the end of the war in 1918 and a total of 57 000 were built from 1915-1923.

Earlier in the year, Wayne Harley rode the bike in the Crankhandle Club’s annual Kalk Bay Run. “It is one of the most basic motorcycles in FMM’s collection,” says Wayne, “and any trip on this bike involves constant monitoring of the oil feed and spark timing and making sure you don’t get run over by the faster traffic on the road. It’s not the world’s fastest bike but is pleasurable to ride just the same. What the engine lacks in power it makes up for with torque and she really pulls nicely for such an early machine. Braking is a ‘friction block against the rim system’, which will slow you down just enough to make sure that you do not arrive too late at your own accident.  As for the rest, it’s a comfortable bike to ride with a nice upright seating position and doesn’t need too much effort to control. Not bad for 100 years down the line”.

Apart from FMM’s Triumph, there was a display of vehicles provided by the West Coast Old Car Club, Renault Club, Harley-Davidson Club, Cape Jaguar Club and the Cape Chapter of the Rolls-Royce Enthusiasts Club (RREC) complementing some locally-owned cars and tractors. This year, approximately 8 500 visitors attended the show, which was built over two weeks relying entirely on volunteer labour and donations from the communities of Darling and Yzerfontein. Proceeds of the show are utilised to further conservation in the area. Darling 2017 was another great success and its popularity looks set to last another 100 years. 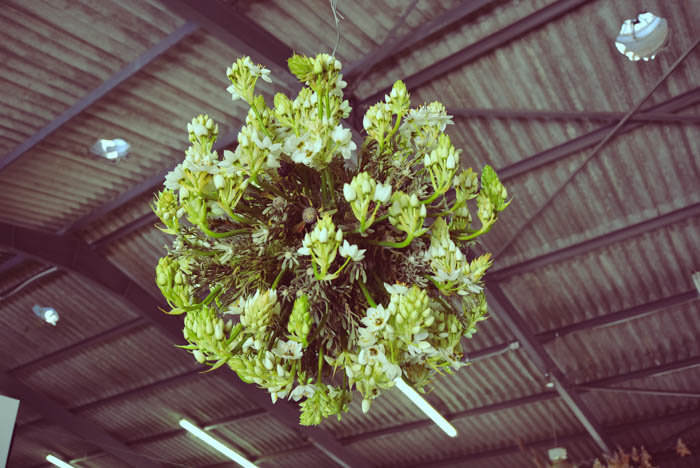 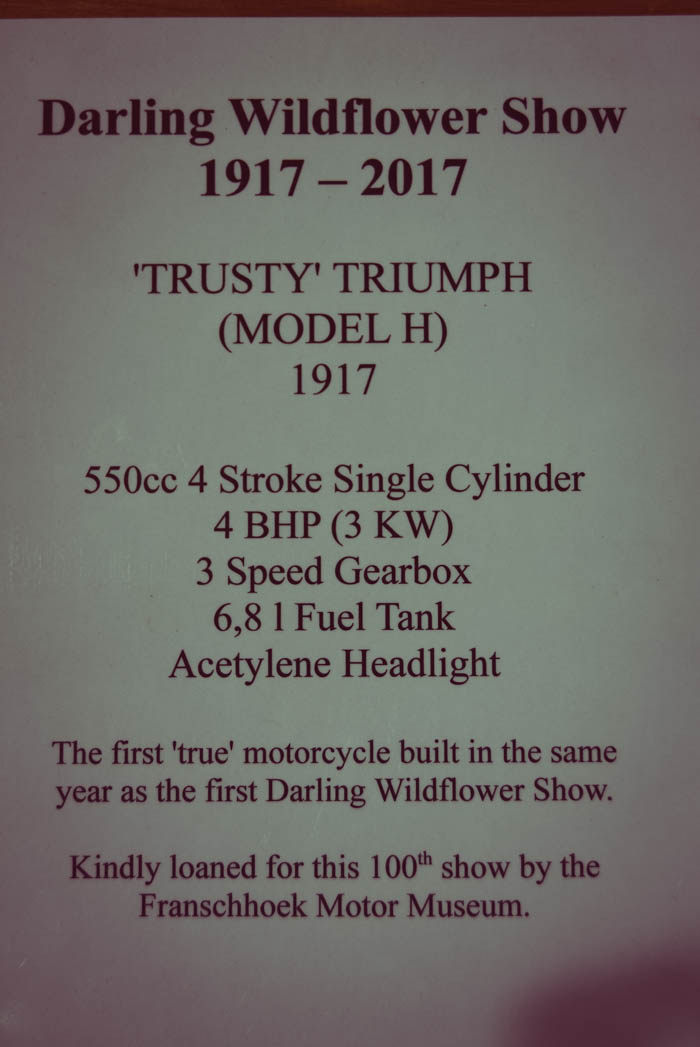 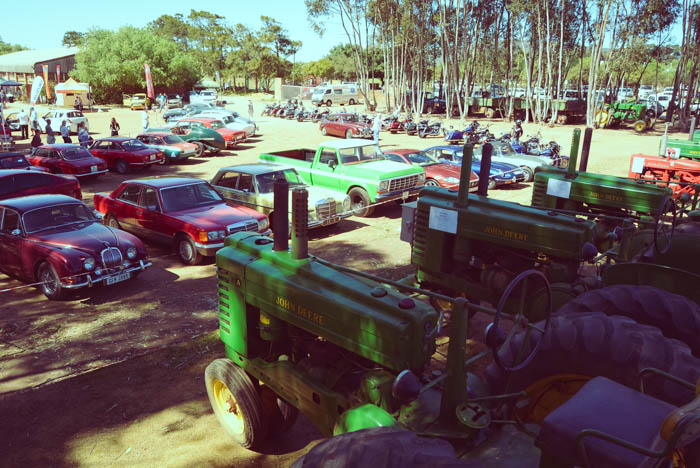 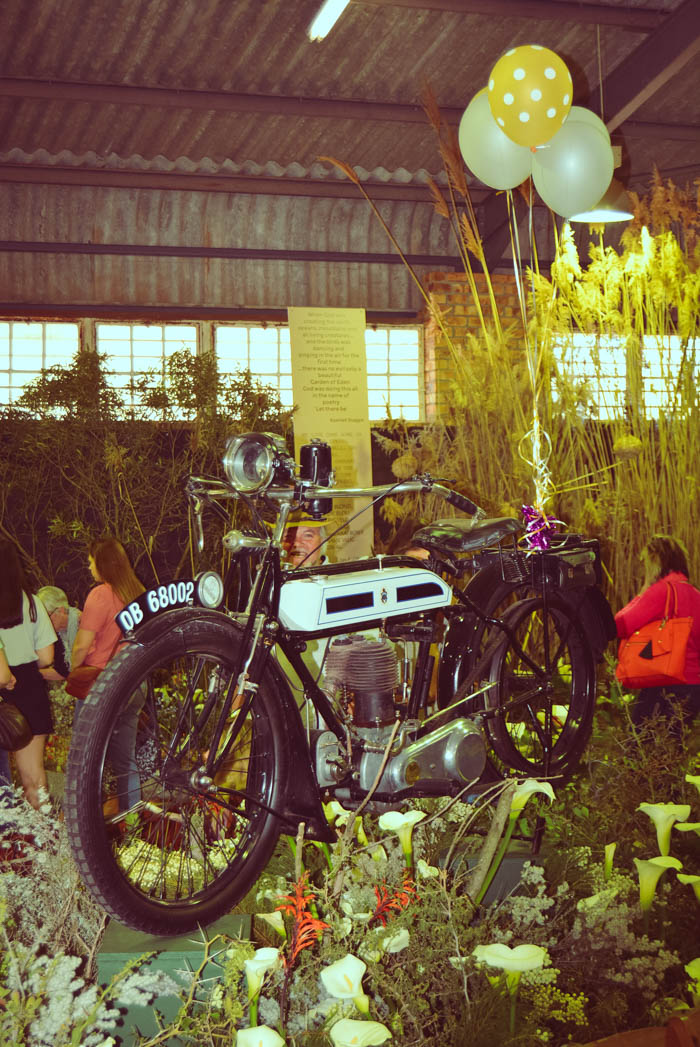