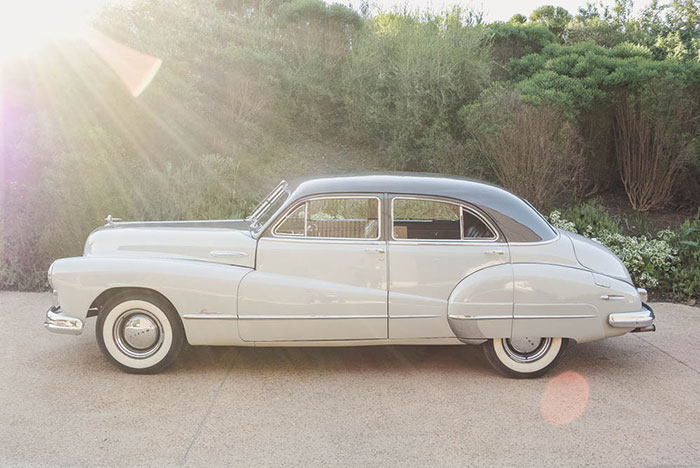 Posted at 15:11h in Collection in Action by fmmadmin

Last month Packard’s Super 8 was the featured model. Now, 70 years on, Mike Monk tries out Buick’s take on the title…
The post-war Buick line-up appeared in 1946 and was effectively a resumption of the pre-war models that were introduced in 1942. This was the second generation, the first having been launched just two years earlier. The 1946 range started with the Series 40 Special two-door Sedanette – what could be described as a fastback coupé – and four-door sedan, both capable of carrying six people. It was powered by a 4 064 cm3 (248 ci) straight-eight engine mated with a column-shift three-speed manual gearbox. Top of the range was the bigger-all-round Series 70 Roadmaster with an engine enlarged to 5 247 cm3 (320,2 ci) and available as a Sedanette, Sedan and Convertible Coupé.

In between the Series 40 and 70 was the Series 50 Super, available as a Sedanette, Sedan and Convertible Coupé with bodies built by Fisher. There was also a Station Wagon for which a rolling chassis was sent to the Hercules Body Company of Evansville, Indiana where the body was shaped, treated and assembled from raw wood from Canada. Completed vehicles were then shipped back to Buick for finishing.

The Super combined the Series 70 bodywork with the more economical Series 40 running gear. Mild changes were made to all three series over for the next two years leading up to the last of the generation’s life span appearing in 1948. The Super was a favourite amongst Americans in 1947 and for the new model year there was a new body emblem, Super script was added to the front fenders, and the name also appeared in a badge on a crossbar between the bumper over-riders both front and rear. A stainless-steel strip ran from the front wheelarch along the bodyside and onto the fully-enclosed rear wheelarch. Chrome hub caps and trim rings adorned smaller, 7.60×15 wheels and tyres, which reduced the car’s height to 1 694 mm. The car was 5 398 mm long, 1 996 mm wide and had a kerb weight of 1 800 kg.

Inside, a new, black Tenite steering wheel was fitted carrying Super script in the centre, while the dashboard was restyled in two-tone grey with silver-tone instruments and bright switchgear. A custom Buick push-button radio was one of the numerous optional comfort and convenience items offered. The fully-carpeted floor included a rubber insert in the driver’s footwell.

Incidentally, there was a Series 50 built from 1930 to 1935 as part of the company’s offerings but did not have the Super moniker and, as a result, is not generally regarded as a direct predecessor to the Series 50 Super introduced in 1940.

Under the heavy, centre-hinged bonnet, which is released by depressing and pulling on an ornate lever on either side, lies a five-main-bearing Fireball straight-eight engine, which has cast-iron pistons and mechanical valve lifters. Running on a slightly higher compression ratio – 6,6:1 vs 6,3:1 – than the Series 40, maximum power was 86 kW at 3 600 r/min, an increase of 3,5 kW, and peak torque was 287 N.m at 2 000. Power was transferred to the rear axle via a torque tube – Buick did not adopt driveshafts until 1961. Semi-floating axles and a single universal joint, automatically lubricated from the transmission, complete the drivetrain layout. With a final drive ratio of 4,45:1 the theoretical top speed was 123 km/h (76 mph) and the 0-100 km/h acceleration time was 19,6 seconds.

The sheer size of the Super 8 makes an immediate impression. In actual measurements, Type 50 was classified as ‘full sized’ by American standards of the day, but even allowing for its Series 70 origins, the slightly bulbous lines accentuated by the enclosed rear wheelarches help make it look even larger than it is. Imposing sums it up, but not in an obese way – it perhaps typified America’s post-war ‘larger than life’ image.

Open the door and slide onto the full-width bench seat and the spirit of excess continues with a 70-year-old dashboard layout bling-full of bright controls and instruments, typified by the radio’s five push buttons, each carrying a letter to spell out the name BUICK. The aerial is pivoted immediately above the centre divide of the split front windscreen and can be either folded down and clipped to the divide or raised vertically for optimum reception. But there are more practical features too, such as automatic courtesy lights at the base corners of the seat illuminating the footwells.

Insert the key, turn the switch, depress the accelerator and the motor spins into life with that effortlessness so typical of big capacity American engines of the time. Engage first on the conventional ‘three on the tree’ gearshift and pull away; no fuss, no bother. There is a sight emblem at the pointed end of the bonnet and once up into top gear, the engine’s healthy torque output makes for an easy cruising gait. The straight-eight’s Fireball moniker is a bit misleading, though…

The ride is supple; there is relatively little mechanical noise. Steering effort proves not to be excessive and directional stability is excellent. The brakes are well up to their task, too. Not surprisingly a bit cumbersome in traffic and close confines, once on the open road the Super 8 really comes into its own as a super cruiser. It generates a feeling of robustness and reliability, its comfortable interior a traveller’s haven.

The Super 8 was built in five plants across America – South Gate, California; Atlanta Georgia; Kansas City, Kansas; Flint, Michigan; and Linden, New Jersey – and in 1948 the total sales were 108 521. The family lineage passed through five generations in all before falling away in 1958, by which time the Super, once the most popular derivative, was only a bit-part player. One can only wonder why – most likely a victim of corporate model rationalisation – because in its heyday the Super 8 was a star performer, representing style, space and luxury with a never-let-you-down persona. Buick continues today as an entry-level luxury brand within the GM empire, surely the perfect playground for a Super 8 revival? 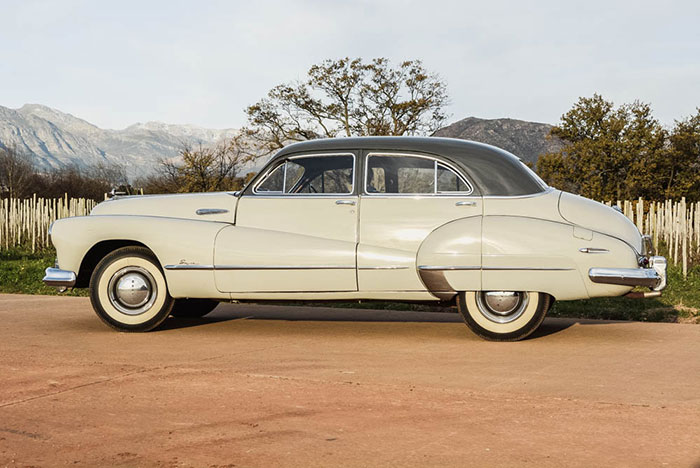 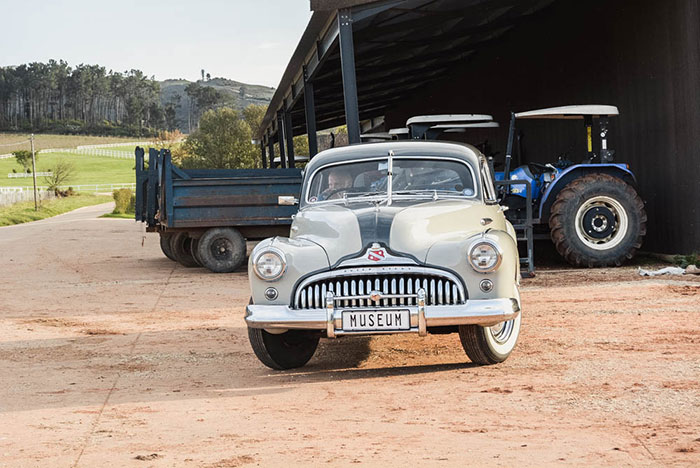 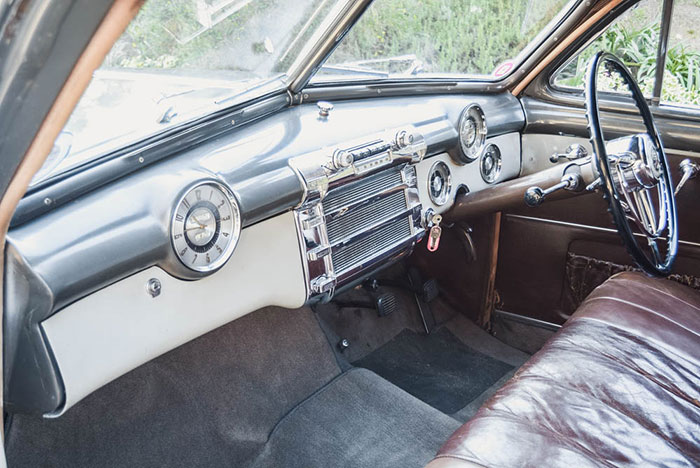 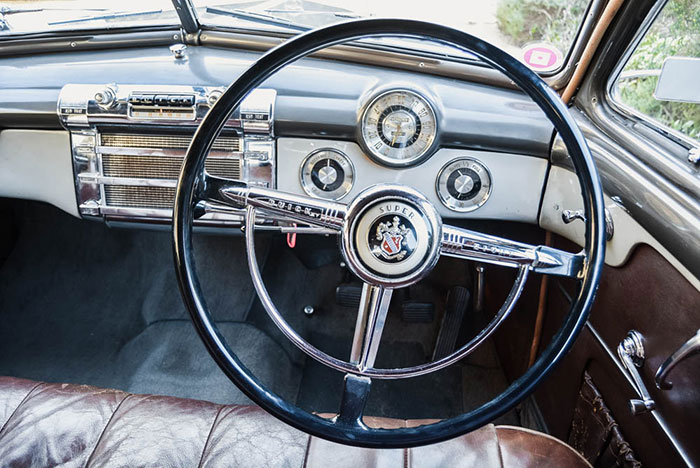 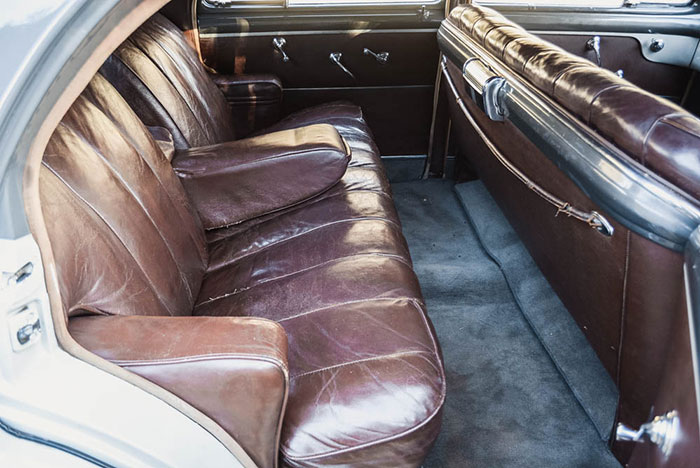 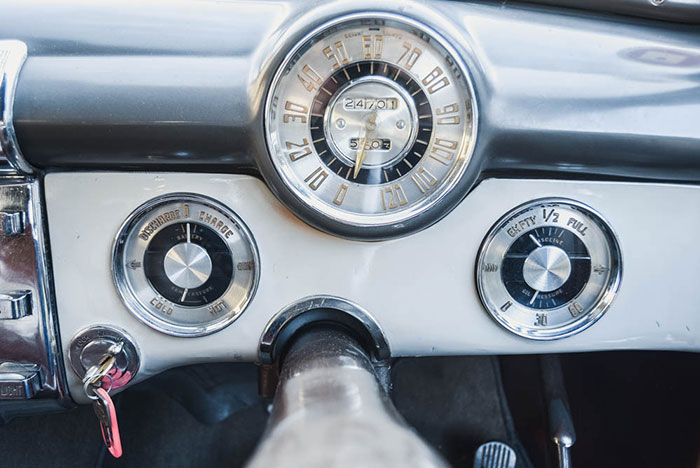 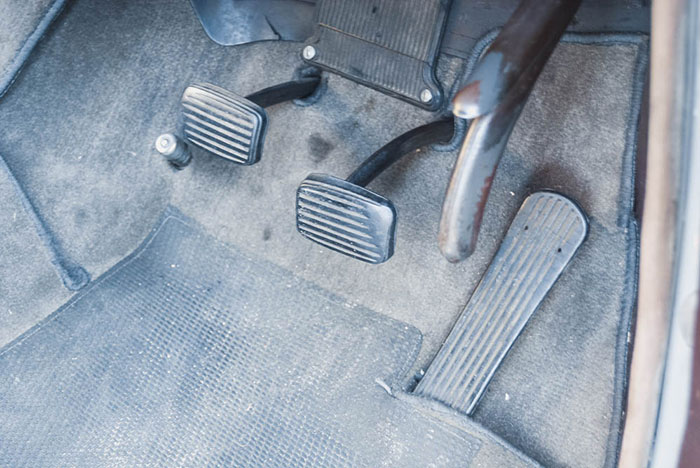 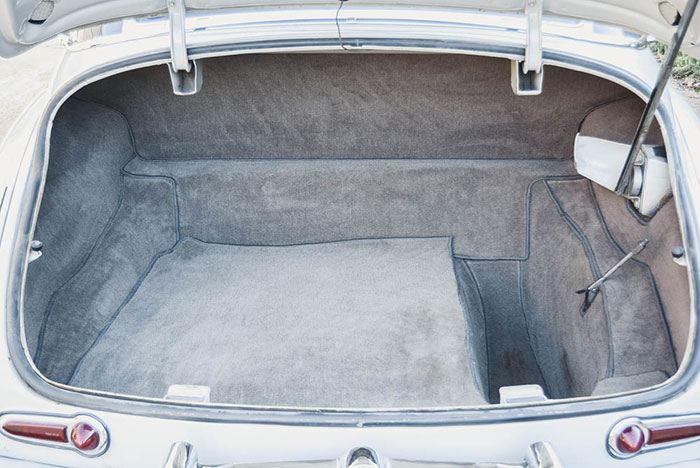 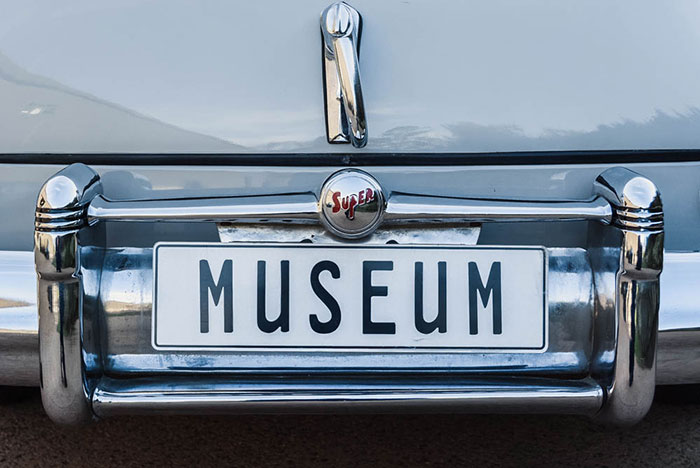 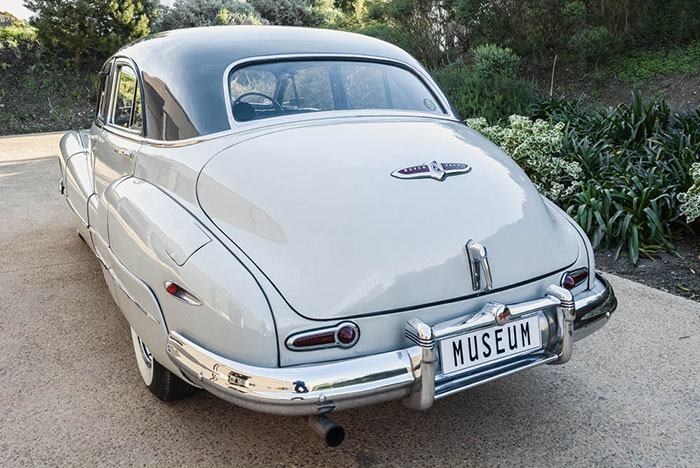 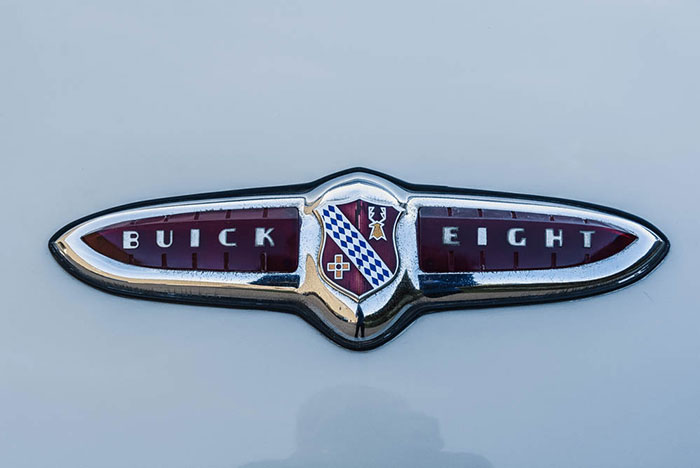 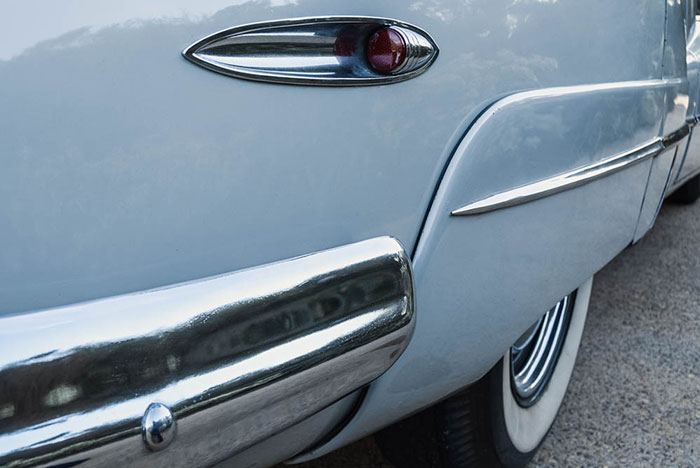 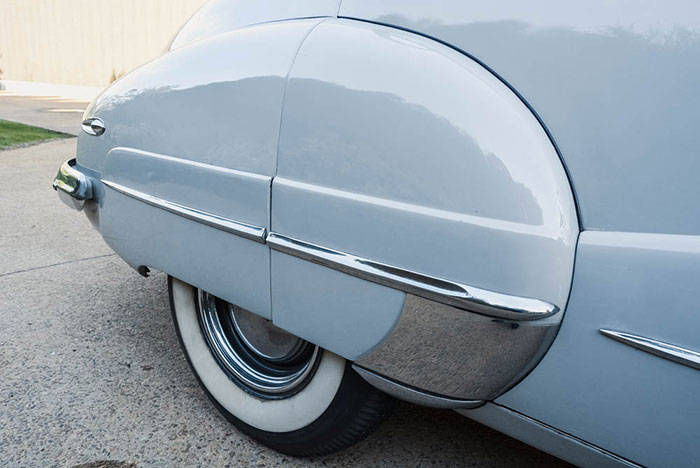 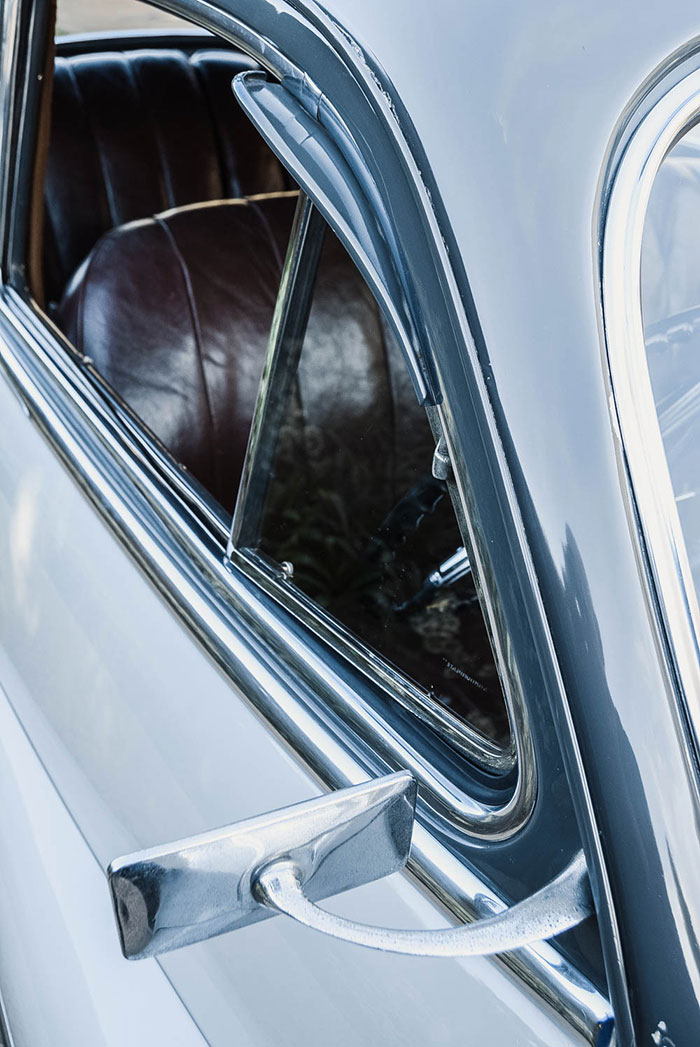 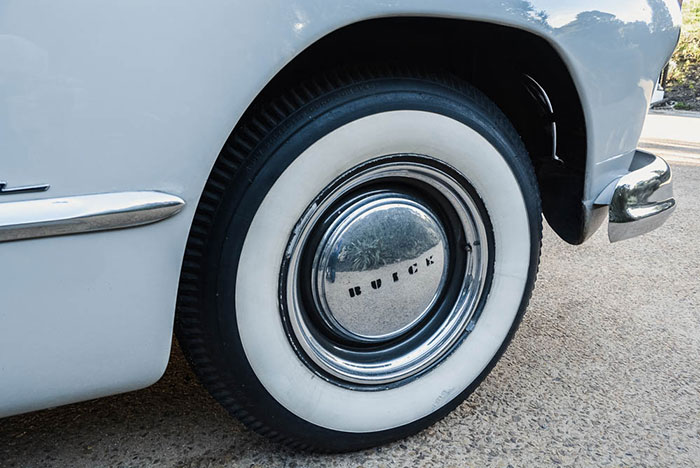 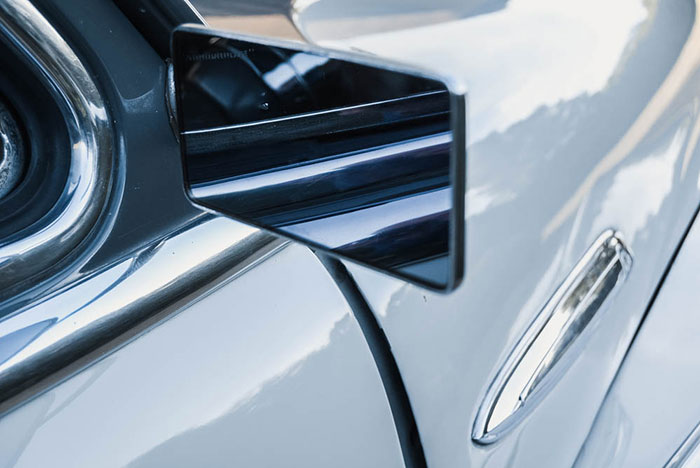 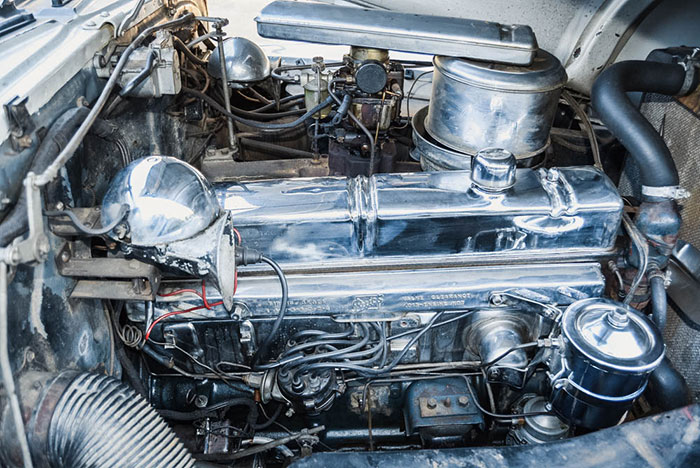 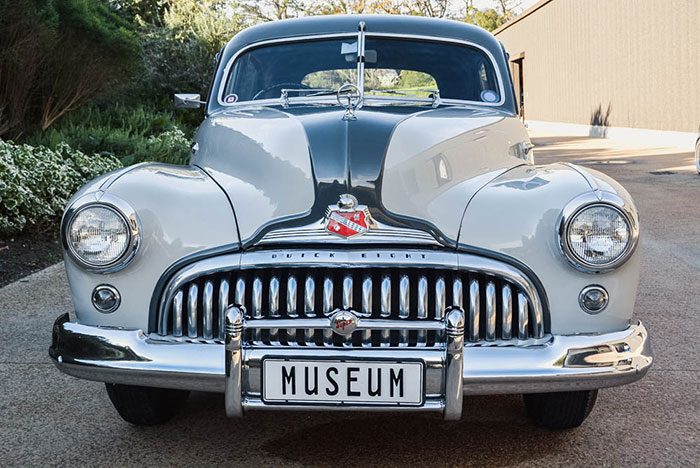 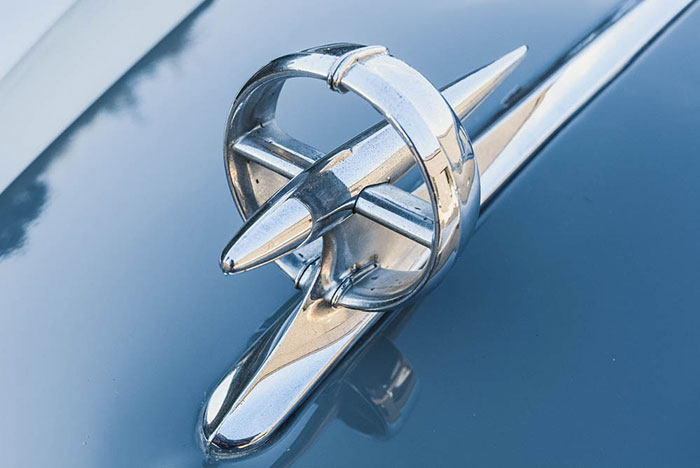 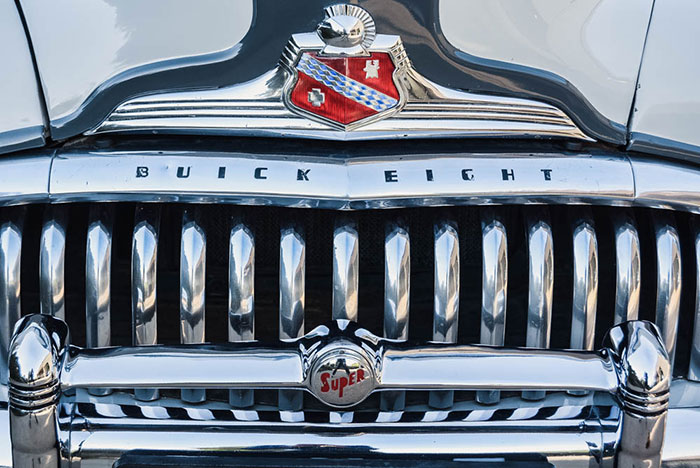 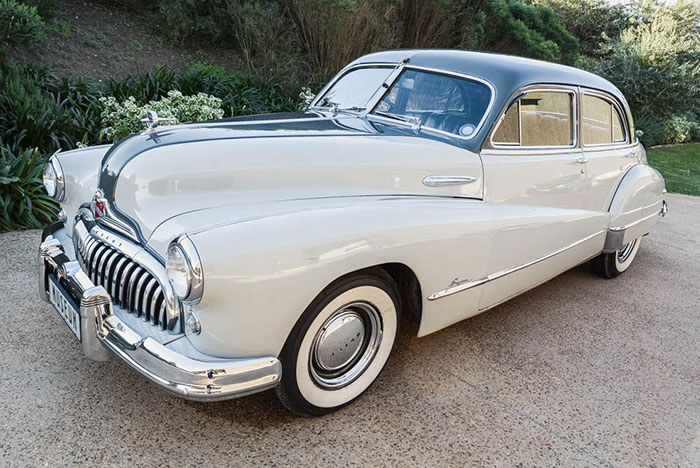