Posted at 20:25h in Collection in Action by fmmadmin

Before Bentley was taken over by Rolls-Royce in 1931, the cars were busy establishing themselves as sporting cars of quality, and FMM’s example is no exception… Mike Monk fulfils a dream and became a Bentley boy for a day…

Think of vintage Bentleys and for many people that conjures up images of their classic shape, resplendent British Racing Green paintwork, hood down, driver and passengers wearing flying helmets and goggles, charging through the open countryside emulating victorious performance at Le Mans. Well, I do at least…! Seriously, the 1920s Bentleys were something special and victories at the famous Circuit de la Sarthe in France in 1924, 1927, 1928, 1929 and 1930 certainly did nothing to harm the company’s image, despite Ettore Bugatti’s jibe about Bentleys being ‘fast lorries’.

One of the prized vehicles in the FMM collection is a 1928 4½, chassis number AB3358 with engine number AB3360. According to original Vanden Plas Coachbuilder records, this car was originally fitted with “Body No.1518 a 4-seater Sports, long bonnet; black fabric/green/black; 11/1928”. Michael Hay’s book ‘Bentley: The Vintage Years’ published in 1997, states that the car still has the same body, although now it is painted an attractive maroon colour.

Supporting the VdP paperwork, the car was delivered to its first owner, Sir Charles Thomas Hewitt Mappin, in November 1928. He was related to one of the families behind the Mappin & Webb business, steel manufacturers, silversmiths and jewellers. Apparently a member of the House of Lords, he was listed as a ‘landowner’. In private life, Sir Charles was quite a character, but when war broke out, he joined the Royal Air Force Volunteer Reserve 75th Squadron and became a sergeant gunner. Sadly, aged 32, he was killed in action when on 8 November 1940 his plane, a Wellington, was shot down in a bombing raid against targets at Essen. He is buried in the Crooswijk General Cemetery in Rotterdam.

A total of 720 4½-litre cars were produced between 1927 and 1931, including 55 with a supercharged engine, a model that became known as the Blower Bentley. Ironically, the 4½ that won at Le Mans on 16-17 June 1928 in the hands of Bentley director Woolf Barnato and Australian Bernard Rubin was a naturally aspirated 4½. The Blower did not share its sibling’s reputation for reliability, but did set several speed records including a 222,03 km/h run at Brooklands in 1932.

It has a commanding presence. Based on a steel, lattice-frame chassis suspended on semi-elliptic leaf springs front and rear, the car is 4 380 mm long with a wheelbase of 3 302 mm. It is heavy, tipping the scales at around 1 625 kg, depending on the equipment fitted. Brakes are 17-inch drums on all four of the 21-inch wheels.

A major contributor to the car’s mass is the cast-iron, in-line four-cylinder engine that that was an amalgam of the 3,0-litre and 6,5-litre motors. With a bore/stroke of 100×140 mm – the same as the six-cylinder 6,5 – the engine displaced 4 398 cm3. The compression ratio of was 4,8:1 and it had an Autovac feeding the twin SU carburettors coupled with dual ignition and Bosch magnetos. Peak power was 82 kW at 3 500 r/min with a rev limit of 4 000. If this sounds a little bit agricultural, the engine did have a single overhead camshaft operating four valves per cylinder inclined at 30 degrees, along with Duralumin rockers, which was technically advanced for the time. However, the four-speed gearbox has no synchromesh so requires some familiarity, timing and dexterity to operate smoothly when changing up or down. The rear axle ratio was 3,53:1 and the top speed was 148 km/h.

The UK history of the car is not known, but it was imported to South Africa in 1937 and owners included Joe Lindsey, Jimmy Nash and Johan Hugo before Tony White took ownership in 1978. Renowned local collector Bertie Bester bought the car in 1982 before it became part of the FMM collection in 2006.

Driving iconic cars such as the Bentley for the first time always creates a feeling of trepidation. Will it live up to expectations – or not? I am glad to report that the 4½ provided the driving experience I was hoping for. Climb aboard from the passenger side – the external handbrake precludes having a door for the driver – and settle into the leather seat. Starting is straightforward and the big, lazy motor rumbles into life with the fairly refined exhaust tone suggesting there is power aplenty to take you on your way. Activate the cone clutch and select first, and with the central accelerator, pull away with ease, the long bonnet pointing the way ahead. It quickly picks up speed and the mechanical shift linkage helps going up through the gears once the motor reaches the ideal rev shift-up point. There is plenty of torque to help maintain momentum, and when the road ahead does require downshifting, some good old-fashioned double-declutching is required to prevent the cogs grating and embarrassing the driver if any passengers are on board…

The big 450 mm steering wheel controls the low-geared worm-and-nut steering and it is naturally heavy at lower speeds, lightening up as speed increases. Ride quality is comfortable, which is why the Bentley was such an excellent long-distance tourer in its day, while that victory at Le Mans illustrates its sportier attributes.

Despite the quality and variety of vehicles offered by Bentley during the 1920s, let alone the racing successes, the company ran into financial difficulties. In 1931 Rolls-Royce successfully bid for the company and the takeover led to many years of complementary development. But the 4½ stands out as one of Bentley’s pre-merger successes and FMM’s model is a fine example of this quintessential British sports tourer. 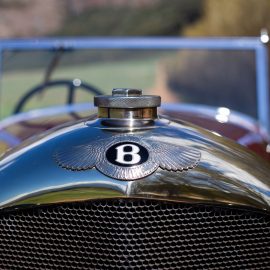 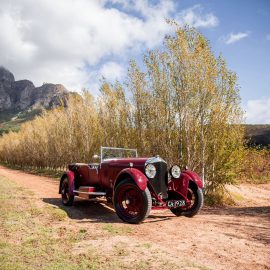 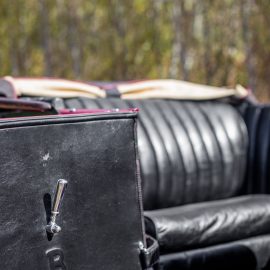 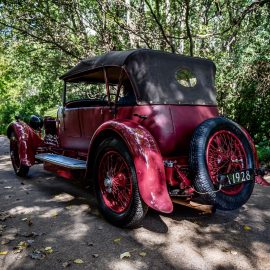 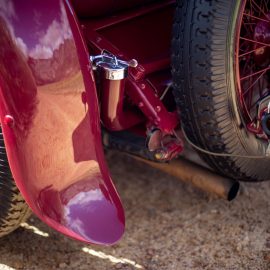 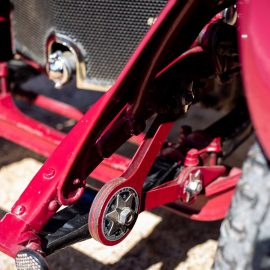 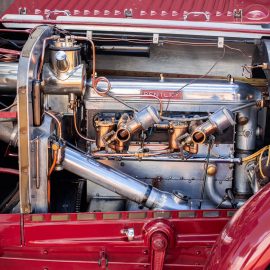 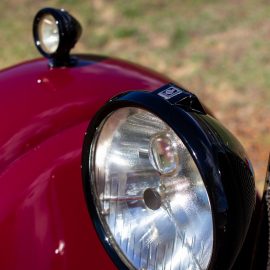 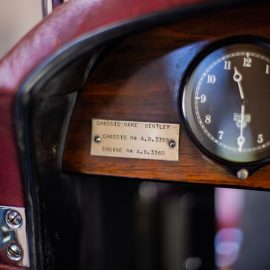