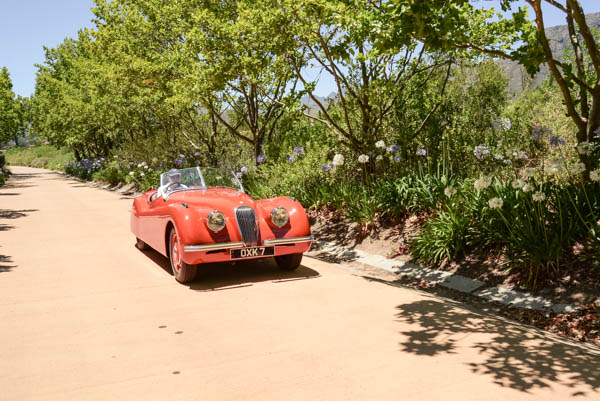 Posted at 07:45h in Collection in Action by fmmadmin

An alphabetical series of short driving impressions of some of the museum’s car collection. This month we celebrate the X in Xmas with (what else?) an XK120 in Santa red…

The XK120 was the car that created a sports car lineage that helped make Jaguar one of the most exciting and revered post-war motor manufacturers. Born out of William Lyons’ Swallow Sidecar Company – founded in 1922 and later renamed SS Cars – Jaguar Cars proper was established in 1945 at which time the now-famous six-cylinder twin-cam 3.4-litre XJ engine was being developed. A prototype XK roadster appeared at the London Motor Show at Earls Court on 27 October 1948 and it caused such a sensation that the car was quickly put into full-scale limited production – only 200 were originally planned. The first 242 units were built with wood frames and aluminium bodies and were capable of 120mph – hence the name XK120 – making it then the world’s fastest production car. To emphasise the point, an XK120 went to Jabbeke in Belgium and recorded 126 mph (202,7 km/h). But once the decision was taken to extend production, following examples were bodied in (heavier but cheaper) steel before uprated XK140 and XK150 models followed that, in turn, preceded the iconic E-Type.

Built on a Jaguar Mk.V saloon chassis, the XK featured wishbone and torsion bar independent front suspension with semi-elliptic springs at the rear, Burman recirculating-ball steering directing 16-inch steel wheels, and 12-inch drum brakes all round, which apparently were prone to fade. The XK’s long, flowing lines – an early example of Lyons’ eye for style (remember the company’s motto Grace, Space and Pace?) – are enhanced on this car by the bright red paintwork, and up close it is surprising just how long and low the car is. The rear-wheel spats and lack of exterior door handles emphasize the smooth lines.

The cockpit is upholstered in quality carpeting and two-tone leather upholstery. For storing odds and ends there are satchels on the inner door panels and a storage shelf behind the seatbacks – the boot is long and shallow. For sure, the car is perfect for a weekend dash down to the coast, the drive potentially more appealing than the destination. Such was its appeal, dashing Hollywood star Clark Gable bought the first production roadster.

The gearbox is a four-speed, operated by a precise, floor-mounted lever, and once on the move the engine’s good torque characteristics become apparent as it pulls well from low-down revs in any gear. Twirling the big, four-spoke steering wheel at parking speeds takes effort, but on the open road the heavy feel is acceptable. Looking down over the humped bonnet certainly stirs the senses, and the exhaust tone emanating from the majestic XK motor adds to the occasion. It is easy to appreciate the impact the car must have had 68 years ago – striking looks and ground-breaking performance at a relatively affordable price.

The XK120 was soon successfully active in racing and rallying in Europe and America, as well as establishing numerous record-breaking high-speed runs. It was the foundation for a line of sports-racing cars that continues to this day – C-, D-, E- and now F-Type Jaguars all trace their roots back to the XK120. What a proud heritage. MM 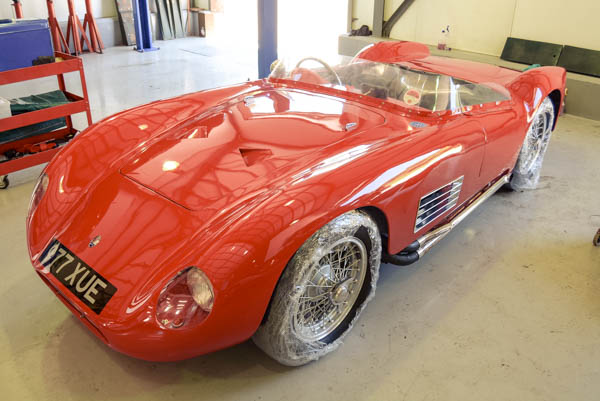 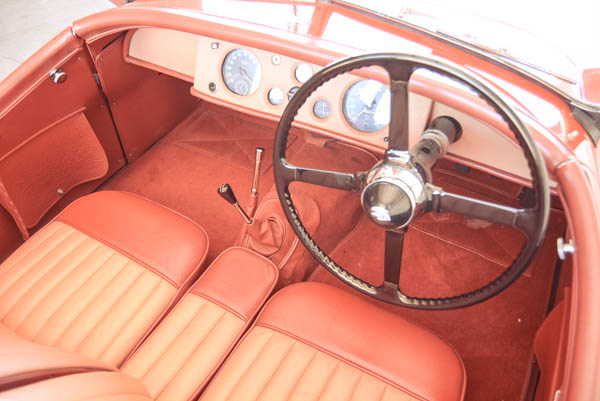 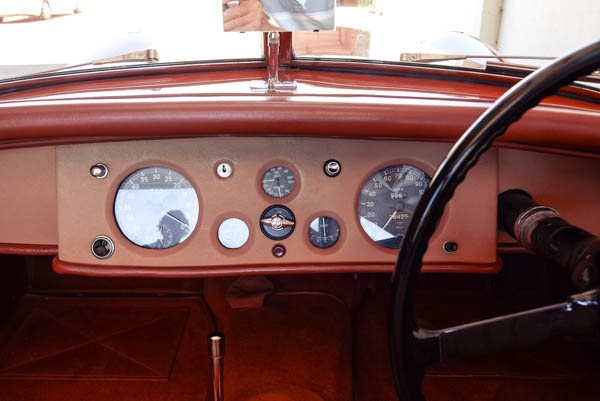 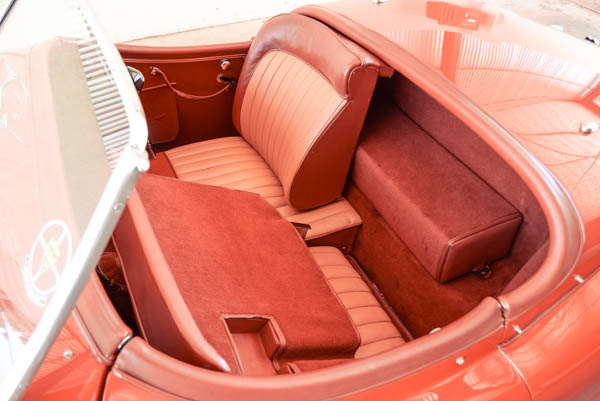 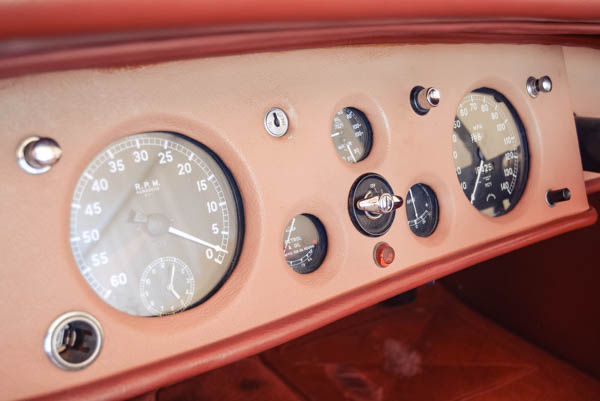 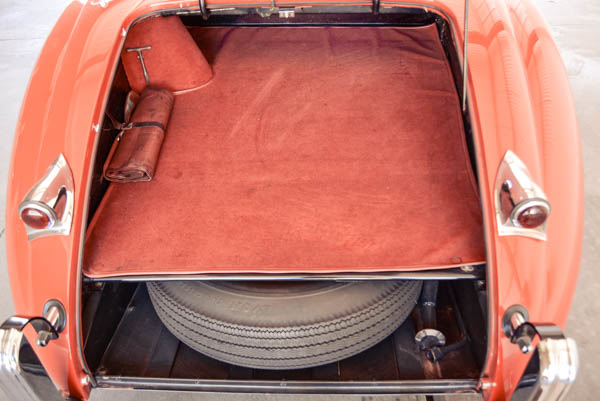 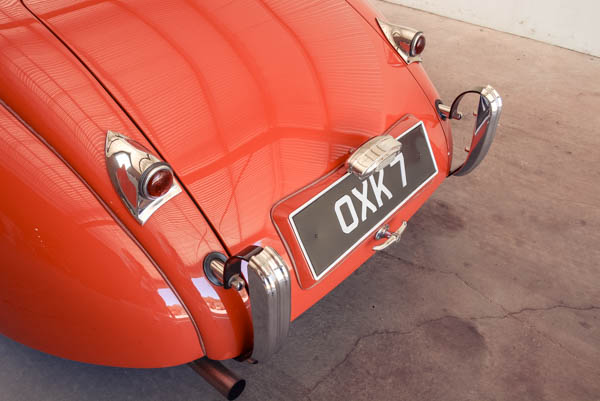 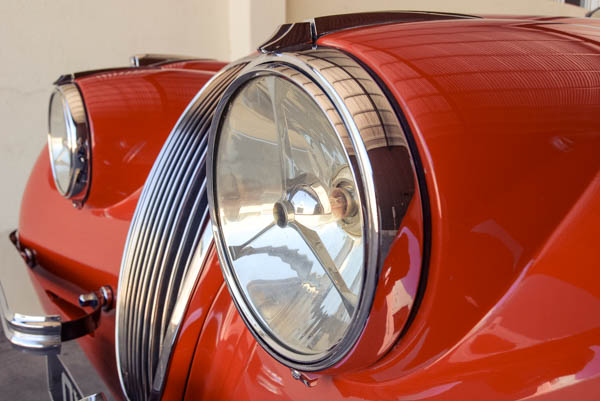 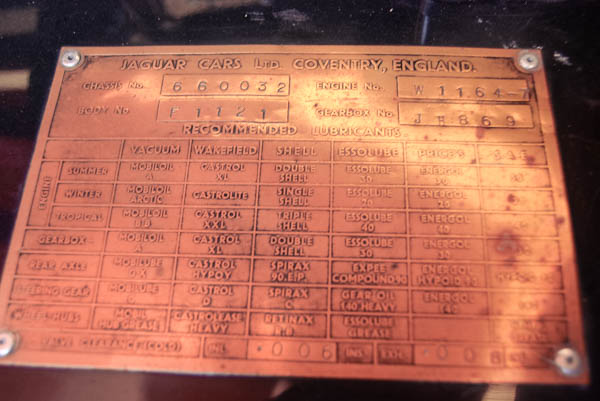 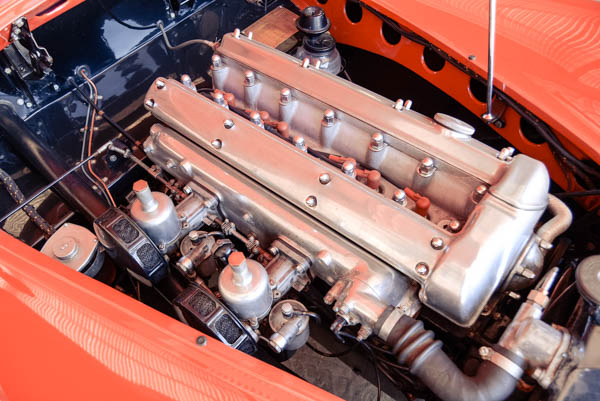 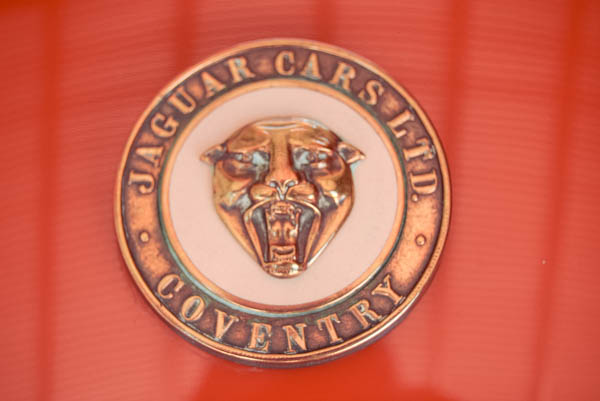 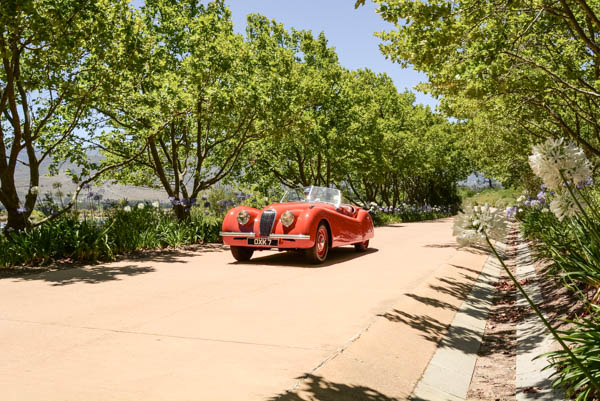 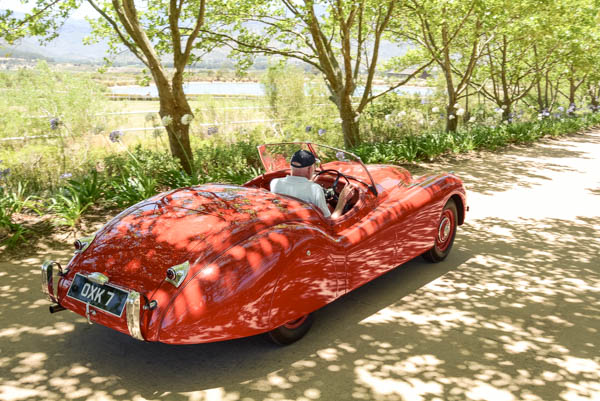 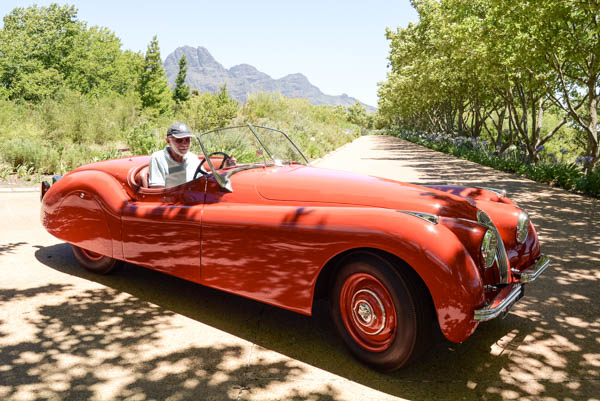