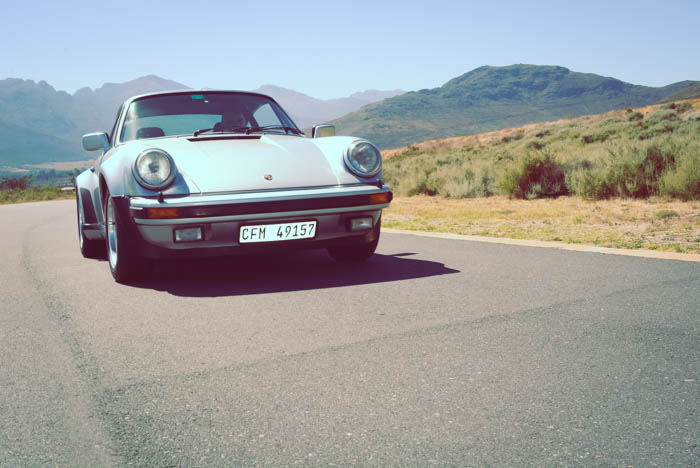 Posted at 05:41h in Collection in Action by fmmadmin

Last month we concluded the alphabetical series of short driving impressions of some of the museum’s car collection. So while another theme is being put together, an opportunity to drive something special from Stuttgart was far too good to miss…

The latest addition to the FMM fleet is a highly desirable one-owner 1979 Porsche 930 Turbo. The 930 was given just to the Turbo model in the first-generation 911 numbering sequence, which runs:

As can be seen, the 911 was introduced in 1963 and has been steadily developed ever since. A successor to the 356, it has become one of the world’s most iconic cars, even staving off an in-house threat from 1976 to 1995 by the front-engined 924/928/944/968 evolution as the company’s staple sports car offering. Despite having gone upmarket to make room for the more affordable Boxster/Cayman in the corporate line-up, the 911continues to thrive and there is no sign of any imminent demise.The 930 was Porsche’s first turbocharged road car. Because of the changes made to the basic floorpan, it was given its own series number and was in production for no less than 14 years, from 1975 to 1989. The bodywork included the impact-absorbing bumpers that were adopted to meet US safety legislation in the USA, where the car was as much of a success as it was in Europe until emission laws forced its temporary withdrawal in 1980. 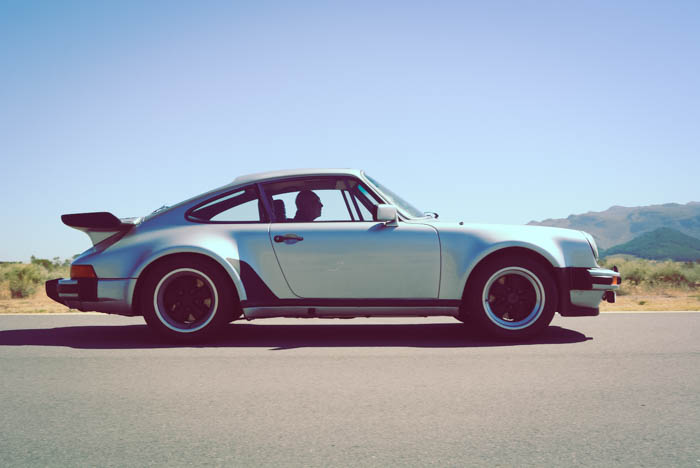 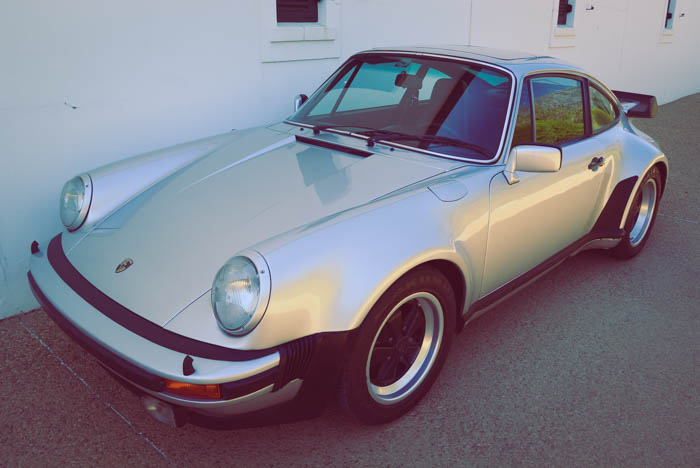 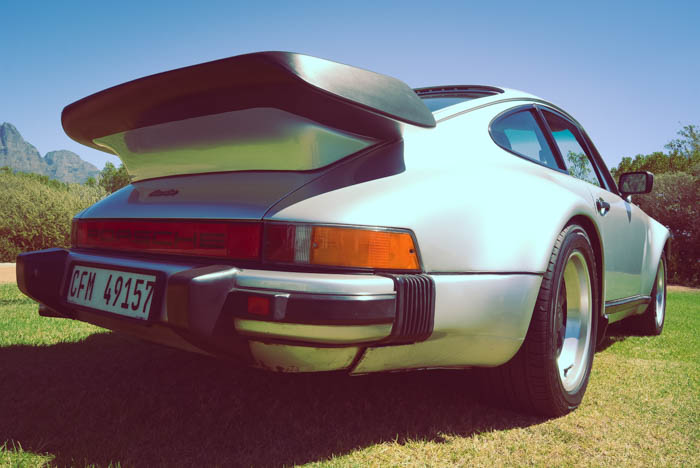 Using technology learnt from the 917/30 CanAm race car project, Ernst Fuhrmann began developing the Turbo motor in 1974 using a KKK turbocharged fitted to the fuel-injected Carrera RS 3,0 single overhead-cam flat-six engine. It delivered 191 kW at 5 500 r/min, compared with the 169 kW of the naturally-aspirated 2 994 cm3 motor, while peak torque was 354 N.m at 4 000 r/min. To handle the increased outputs, a revised suspension and larger brakes were added to the package as well as a stronger clutch and gearbox. But to the dismay of many, it was four- rather than five-speed. The now infamous ‘whale tail’ was adopted to improve air flow to the engine as well as adding some aerodynamic downforce and acted as a pelmet to massively-flared rear wheelarches. The car was launched at the Paris Motor Show in October 1974. Performance figures suggested 0-100 km/h in 5,5 seconds and a top speed of 246 km/h. It is thought that no other production car accelerated as quick.

In 1978 the engine capacity was increased to 3 299 cm3 and an air-to-air intercooler added under the slightly raised and re-profiled whale tail. With up to 1 bar of boost, peak power was raised to 224 kW, still at 5 000 r/min, and torque to 407 N.m, also at the same revs. To cope with the improved performance, the cross-drilled ventilated disc brakes were upgraded too. Wheels were enlarged to 16-inch. Although the changes increased the car’s weight (to around 1 310 kg), the benchmark 0-100 km/h time dropped to 5,3 seconds while top speed was raised to 260 km/h, figures that many of today’s performance car’s would be pleased with. The extra mass and its location had more of an effect on the handling…

All 930s are left-hand drive and typically the floor-mounted pedals are offset to the right, but the slightly skew driving position is not that apparent once behind the fixed, padded three-spoke steering wheel, which sits close to the full-width facia. Although there is plenty of seat adjustment, for someone as tall and long-legged as me the position is a tad compromised yet somehow not too problematic. Five dials house the comprehensive instrumentation, which includes a central rev counter red-lined at 7 000, a 300 km/h speedo and a boost gauge. Oh, and there is an original Porsche-branded radio/cassette player.

It fires up with a long turn of the key and settles into an easy idle. The gearbox on this 150 000 km car is a bit slack so care will be necessary not to hook the wrong gear when pressing on. Pottering around is no real hardship except for the steering which is ‘sticky’ because of the grip of the tyres. Quiet and civilised. The leather seats have integral head restraints: the +2 rear seats with fold-down backrests are more akin to a child’s seat than anything an adult would fit into.

Like any performance machine, driving the 930 quickly requires concentration. All-independent suspension gives a naturally stiff ride around town but as speed rises it combines with the steering to give plenty of valuable feedback. On a clear stretch of tar, select third, press the accelerator and watch the revs rise as the notorious lag preludes the infamous kick and, sure enough, at 4 000 the boost comes on strong and immediately the 930’s raison d’être is apparent. The whoosh effect is electric and as max revs approach, shift into top for uninterrupted urge. Brakes are very effective. 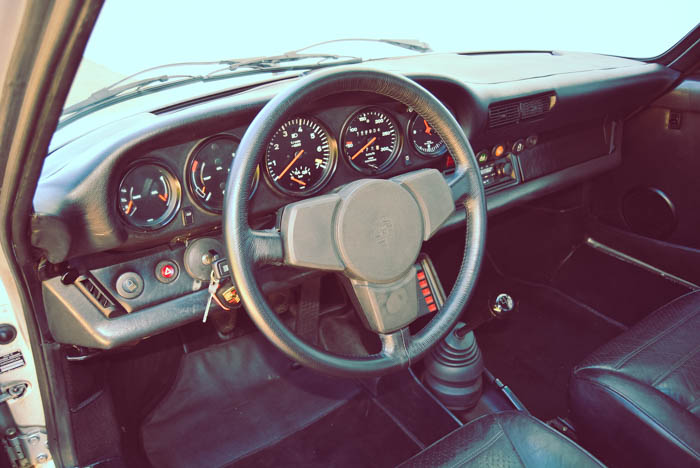 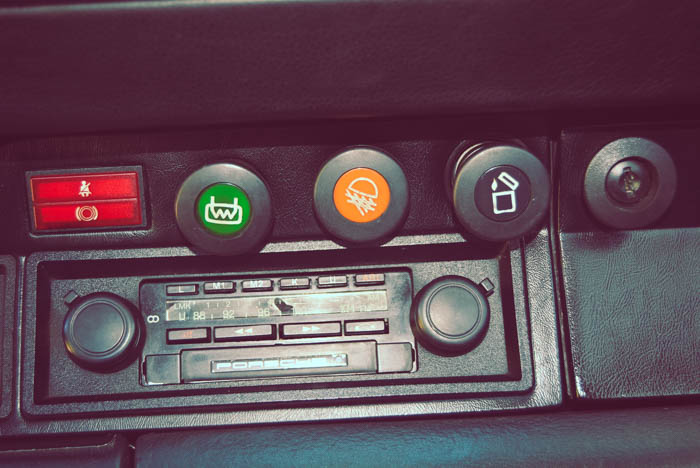 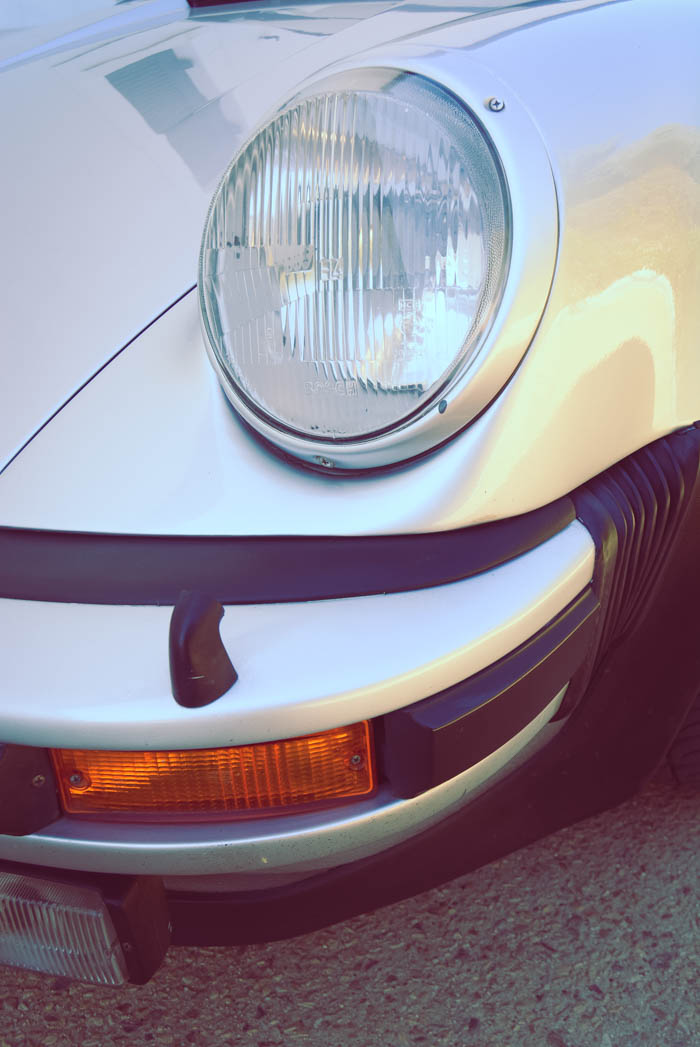 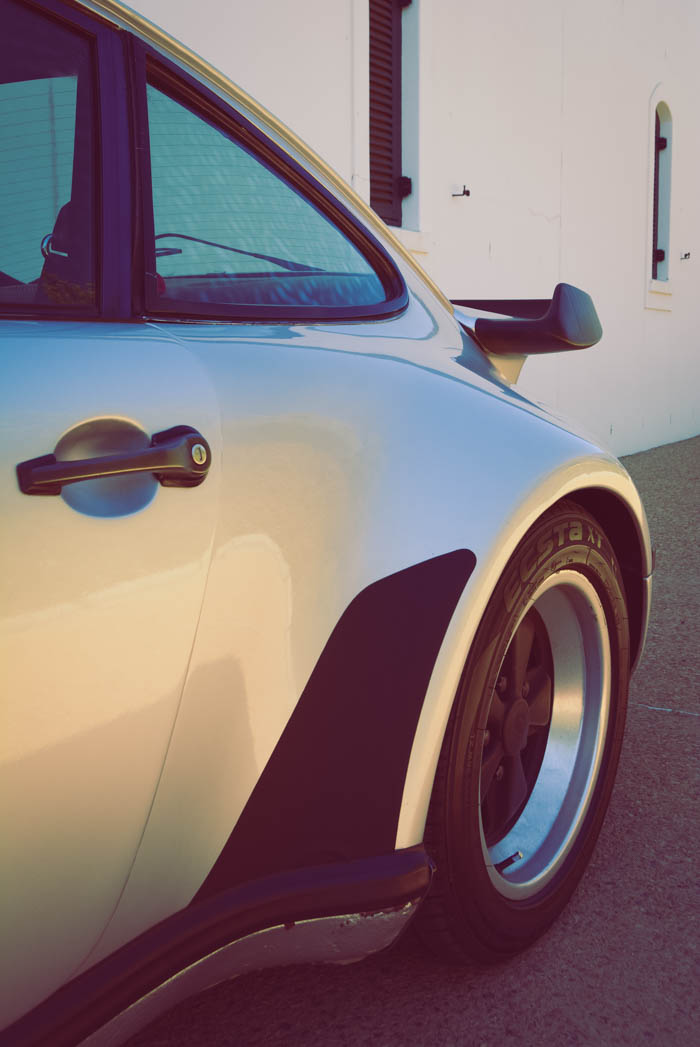 Ah, but that is only part of the story. Twisties approach and the 911’s notoriety for being a ‘widow maker’ spring to mind as gear, turn-in and acceleration need to be balanced to make the 930 go where you want it to rather than kick ass and spin you off into the scenery. But those big tyres and wide tracks manage to compensate for the 911’s short wheelbase and increased rearward weight bias output more than I expected.

It is not even a case of ‘slow in, quick out’ because the laws of physics will apply if there is too much too early. It is all about balancing steering lock with application of the right foot. Find some quiet space to find the limit. Quick application of opposite lock will counter rear waywardness, but the steering is heavy and unless you really want to play hooligan there is more satisfaction to be gained by staying on or close to the limit – not over it. By today’s standards it is a handful when approaching the limit: no plethora of driver aids to act as a guardian angel here. Why, it does not even have ABS… But it does provide A Brilliant Sensation. 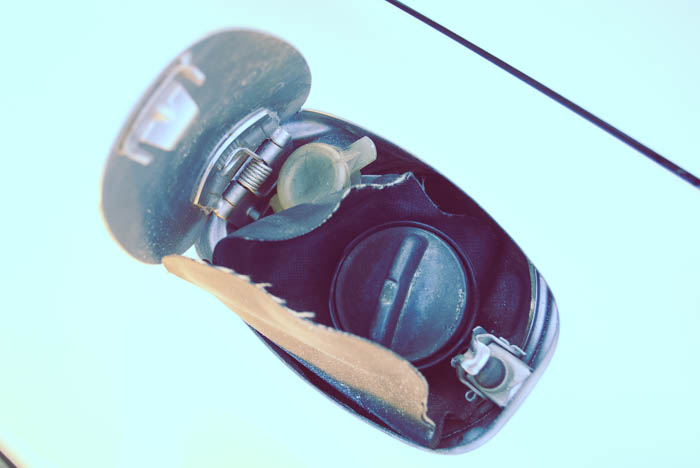 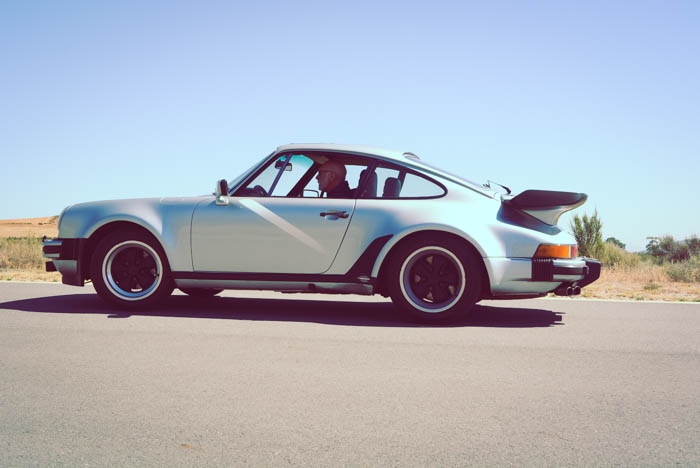 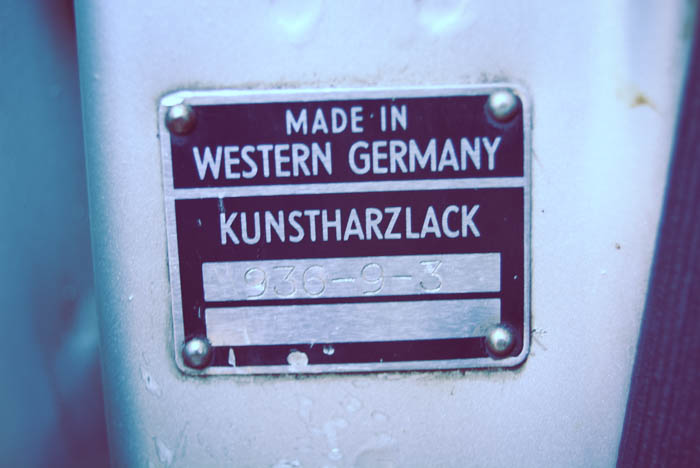 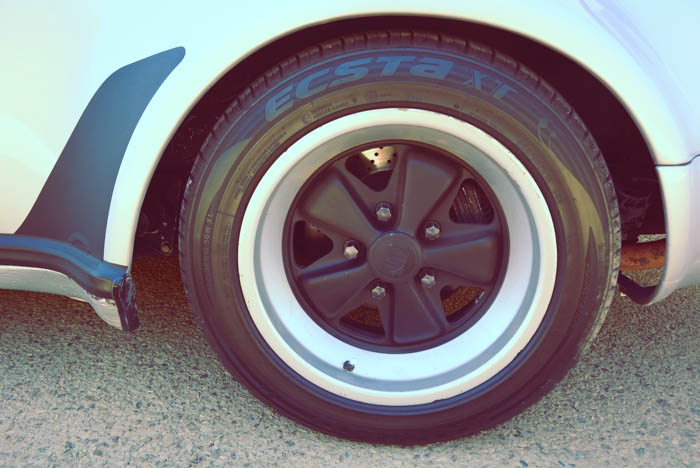